The 40th edition of the annual Small is Beautiful exhibition, which presents works by over 100 artists, each measuring no more than 7 x 9 inches.

I am presenting a new work A Scene Most Unfit for a Picture, 2022 (stereoscope and stereoscopic viewer, unique).

While earlier editions proposed suggested themes, for instance Homages in 1993, War & Peace in 2003 and Who’s Afraid of Red, Yellow and Blue? in 2013, Small Is Beautiful is now conceived as an open invitation for artists to explore scale in relation to their own practice.

Participating for the first time is Sean Scully, who this year also curated the group show Hidden UK, Hidden Ireland at Flowers Gallery Kingsland Road. Also exhibiting for the first time are interdisciplinary artist Adelaide Damoah, photographers Cody Cobb and Mark Duffy and painter Luke Silva. Returning artists include John Loker, who has participated in every edition, Amanda Faulkner who has shown with the gallery since the 1980s, Carol Robertson who first showed at Flowers in 1994 and Ishbel Myerscough who has been represented by the gallery since 2011. 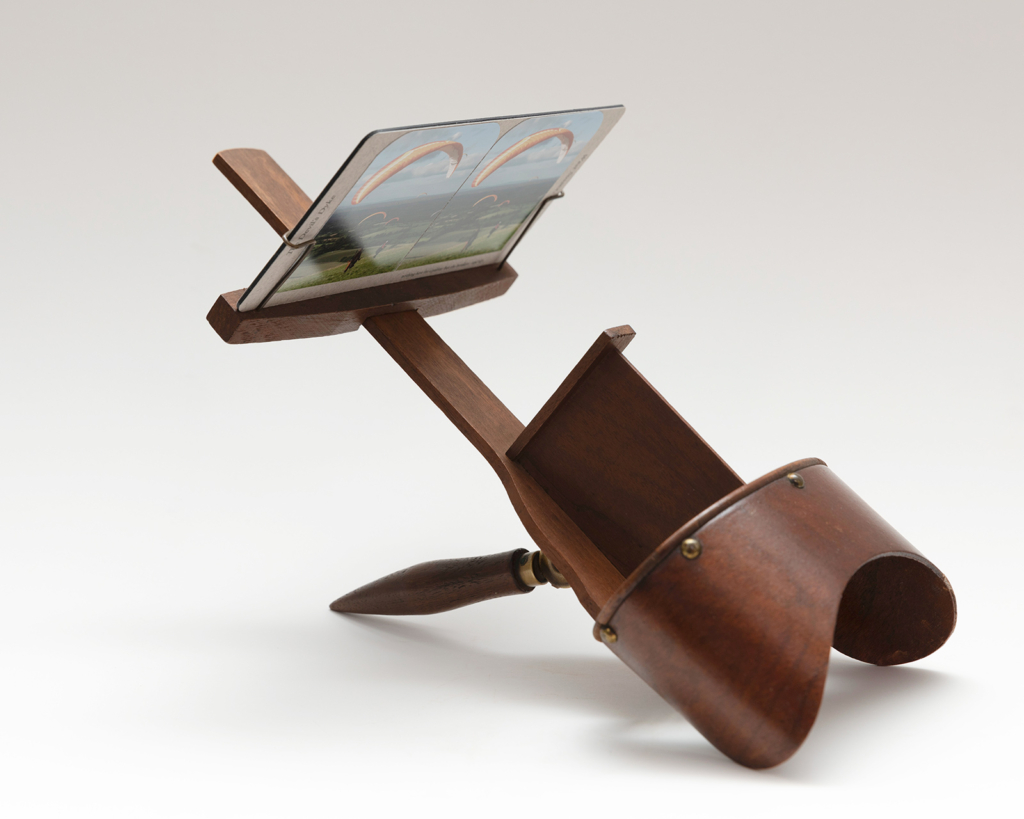 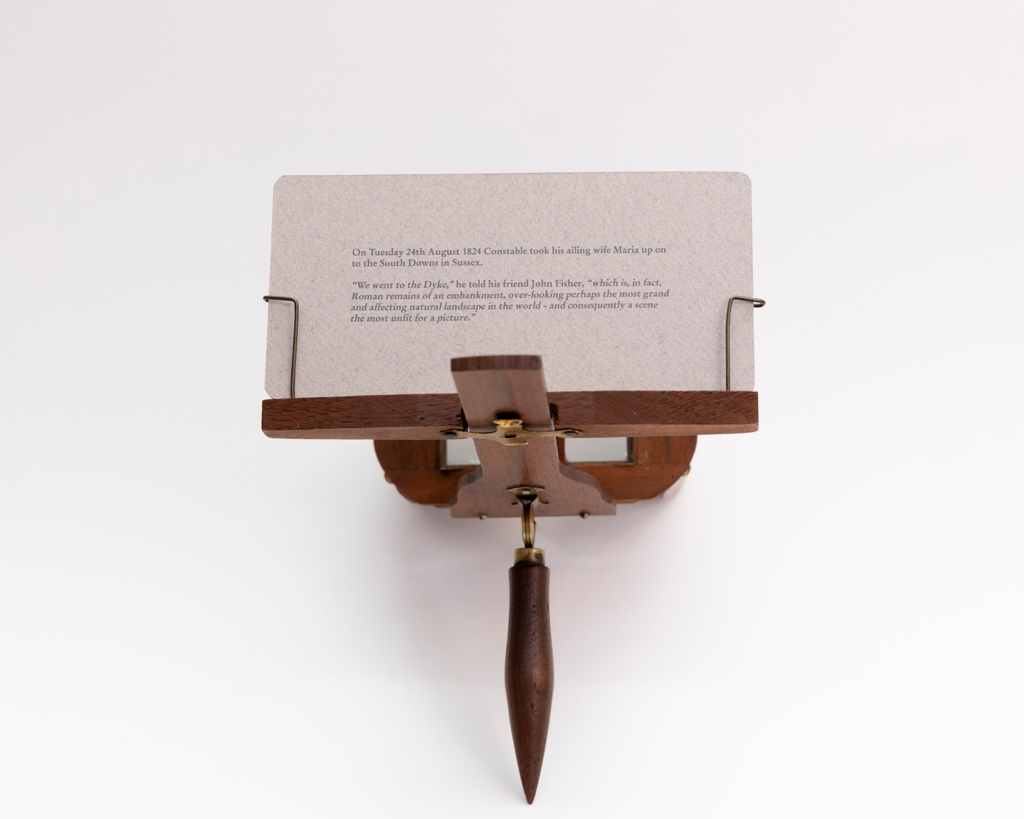 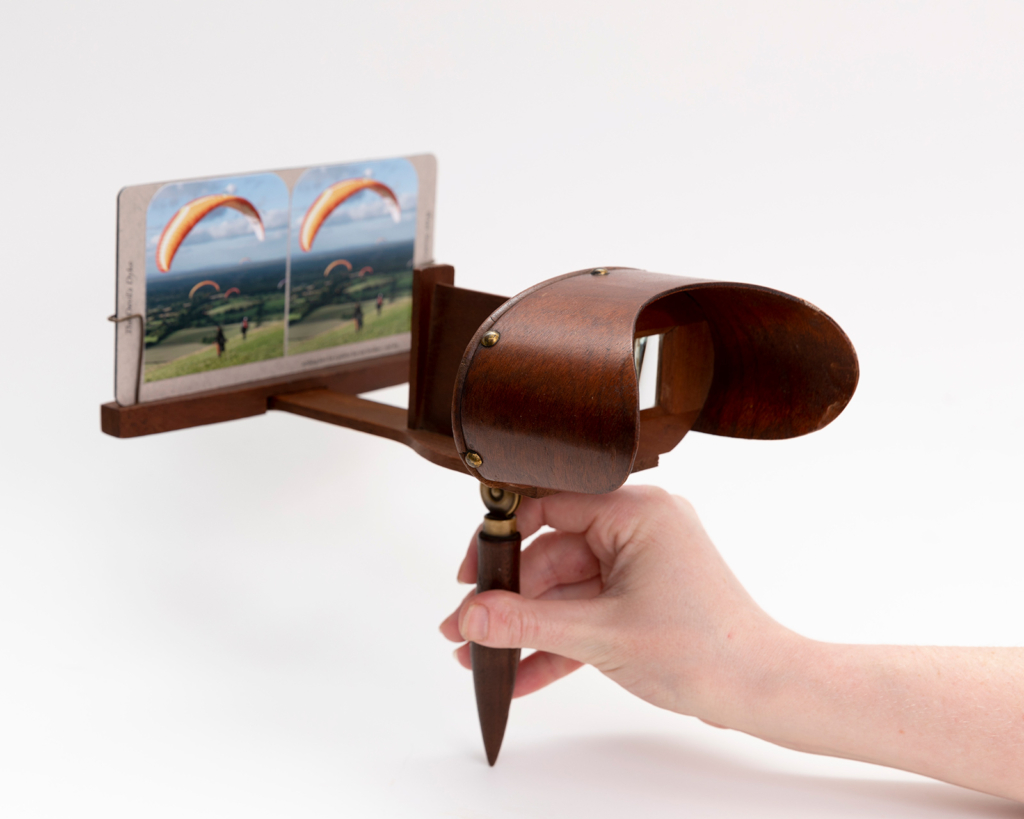 I have three photographic works included in this group exhibition at Pallant House Gallery. Sussex Landscape: Chalk, Wood and Water (12 November 2022 – 23 April 2023) is the first major exhibition to celebrate Sussex as a place of inspiration for artists.

Sussex has a unique sense of place. Its distinctive chalk-cliff coastline and the rolling hills of the South Downs have inspired artists for centuries. While some found solace and reflection in the landscape, for others, it provided the vital space to explore different ways of living and artistic innovation.

The exhibition includes works by J.M.W Turner, William Nicholson, Vanessa Bell, Duncan Grant, Ivon Hitchens, Eric Ravilious and Edward Burra. It also features work by contemporary artists to extend the dialogue between artistic expression and the landscape. As a connection between creative expression, personal freedom and commitment to understanding the landscape is being discussed with increasing urgency, this exhibition offers a moment to consider the work of those who have gone before and have captured a changing world.

A catalogue for the exhibition is available here.

I have some new Celestial cyanotype prints included in this group exhibition in Lausanne, Switzerland.

Flowers Gallery is delighted to present an exhibition of recent work by Simon Roberts. Beneath the Pilgrim Moon (2021) is a collection of photographs taken at London’s Victoria and Albert Museum while it was closed to the public in the second COVID-19 lockdown. Photographing the marble sculptures housed in the Dorothy and Michael Hintze Galleries, which at the time were covered for their protection during the site’s renovation, Roberts conceived of the veiled statues as metaphors for our wider experience of the pandemic.

The photographs in this exhibition fuse ancient mythology and elegant eighteenth-century neoclassicism with the harsh sterility of twenty-first century plastic and gaffa tape, a juxtaposition that is at once eerie, disorientating, and compelling. Roberts’s decision to photograph the sculptures from unusual, unexpected angles gives the images a further sense of unease and vulnerability. In his image of Foggini’s Samson and the Philistines, he crops out the scene’s hero, concentrating only on the wailing victim, while his choice to photograph just the protagonist’s pained face behind the plastic in Claude David’s Vulcan (or possibly Prometheus) chained to a rock gives the appearance of suffering. His photograph of Canova’s Theseus and the Minotaur taken at a sharp side angle and captured from a distance, appears despondent, pensive and lonely.

A central image, Shrouded Sculpture #8 (Monument to Lady Winchilsea by Lawrence MacDonald), is presented on translucent mesh fabric, tethered to the ceiling of the gallery. It was first shown in the outdoor exhibition curated by Meadow Arts entitled All Alone, held in the grounds of Croft Castle, Herefordshire in 2021, and is installed here in a gallery space for the first time. The printed fabric is subtly responsive to airflow and movements of passers-by, which endows the frozen marbles with a sense of fluidity and vitality, chiming with Robert’s desire to “animate these figures and breathe life into their static forms.”

Download a press release here and watch a video of me discussing the work here.

One of my Cloud Negatives has been selected for inclusion in this year’s Royal Academy Summer Exhibition in London. The theme chosen by the exhibition’s coordinator, Alison Wilding RA, is ‘Climate’ which has been interpreted in many different ways by the artists involved. My work is hung in the Lecture Room and was curated by artist Conrad Shawcross.

Run without interruption since 1769, the Summer Exhibition showcases art in all forms, from prints, painting, film and photography, to architectural works and sculpture by invited artists, Royal Academicians and emerging talent.

You can find details of the work on the RA’s website here. 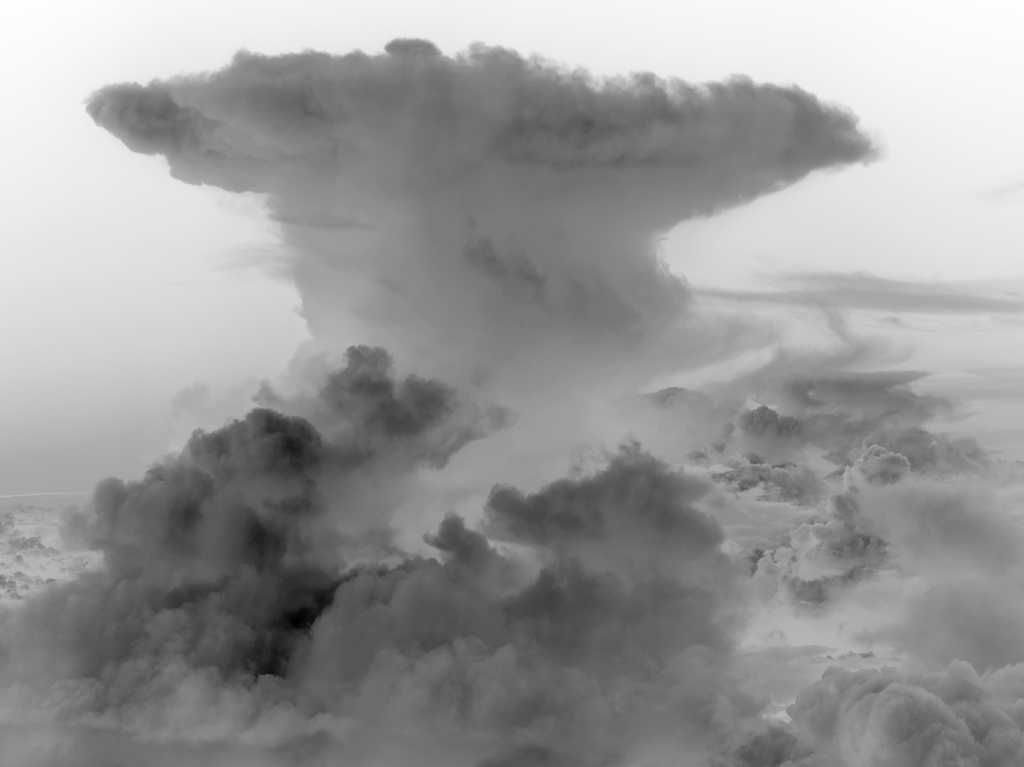 The latest edition of Civilization: The Way We Live Now photography exhibition is on show at Musei San Domenico in Forlì, Italy from September 17 2022 – January 8 2023. See website for updated opening hours and programming. I have several works included from my series, Merrie Albion. 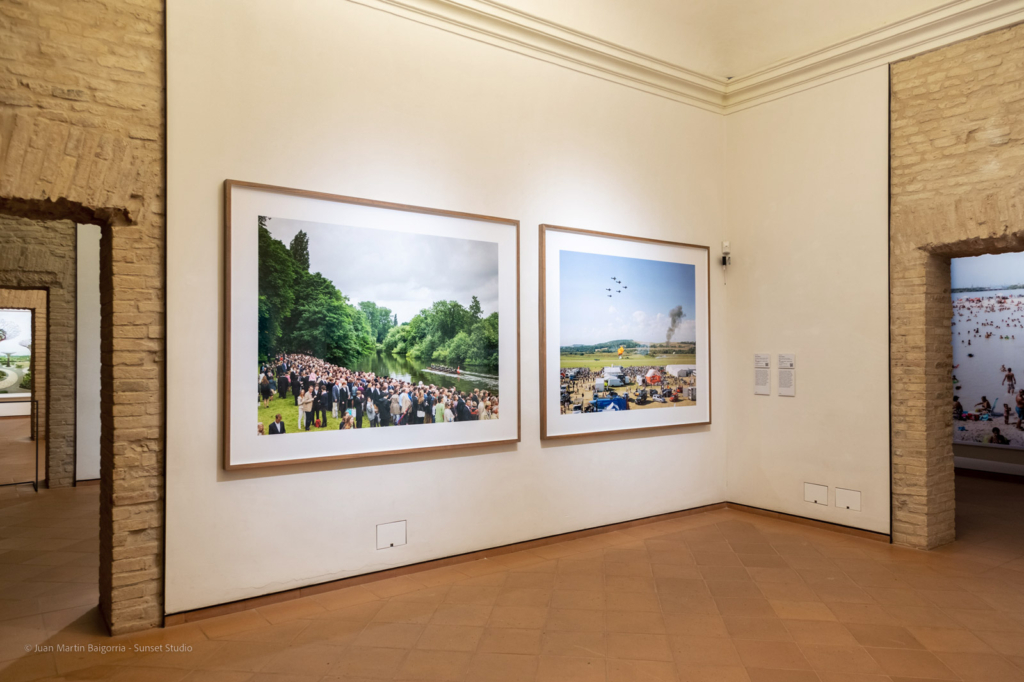 The exhibition ‘Songs of the Sky – Photography & the Cloud’ will be shown at Les Rencontres De La Photographie in Arles, after first exhibiting at C/O Berlin earlier this year. The show will include several of my Celestial cyanotype works.

Thinking about photography today entails a consideration of the infrastructures that form and organize networks. Regardless of whether images are generated by surveillance cameras or satellites, or consist of archival material or personal vacation photographs on our smartphones and laptops, almost all photographs are saved as digital data on the cloud. But the cloud is not a romantic place up there. It is a network that constantly relocates our data. It is a machine through which artificial intelligence learns. It is also a techno-capitalist system that is lent material form by hard drives, cables, and computers. Similar to the way that clouds resonated in the beginning of abstraction in photography one hundred years ago, the way artists today interact with the cloud reflects the twenty-first century’s visions of the future. Juxtaposing historical and contemporary photographs, the exhibition mirrors the consequences of cloud-computing technology on climate change and geopolitics. 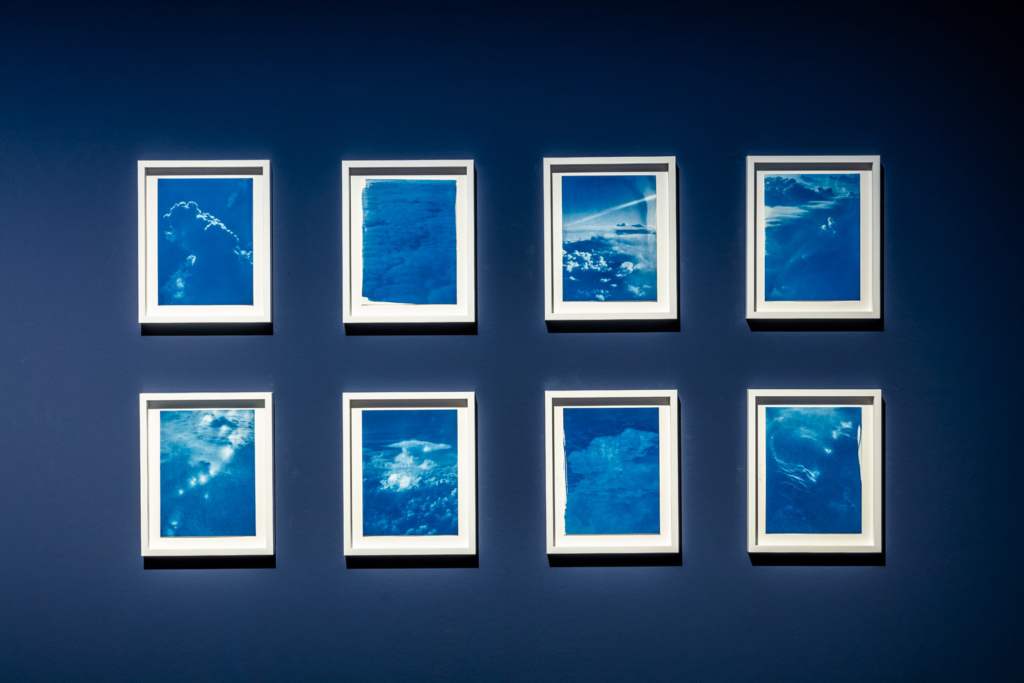 EXHIBITION CURATOR: KATHRIN SCHÖNEGG, WINNER OF THE 2019 RENCONTRES D’ARLES CURATORIAL RESEARCH FELLOWSHIP.
WITH THE COLLABORATION OF C/O BERLIN AND THE KULTURSTIFTUNG DES BUNDES.
PUBLICATION: SONGS OF THE SKY, PHOTOGRAPHY & THE CLOUD, SPECTOR BOOKS, 2021.

British documentary photography from the 1960s to the present

Facing Britain paints a portrait of the special society of Great Britain: deep affection, humanity and humor characterize the inhabitants of the country. The exhibition includes several of my prints from The Election Project.

Away from popular motifs such as the Royals, the Beatles or Swinging London, the photographers look at people’s everyday lives, often with a dose of self-mockery and a sense of the absurd.

Her focus is on social and political issues: inequality and two-tier society, identity, protest and rebellion, racism and migration, the decline of the coal industry, consumer society, youth unemployment and Brexit.

For all their seriousness, the pictures convey a lot of the cheerful composure of the British.

The exhibition is organised by Institut für Kunstdokumentation und Szenografie 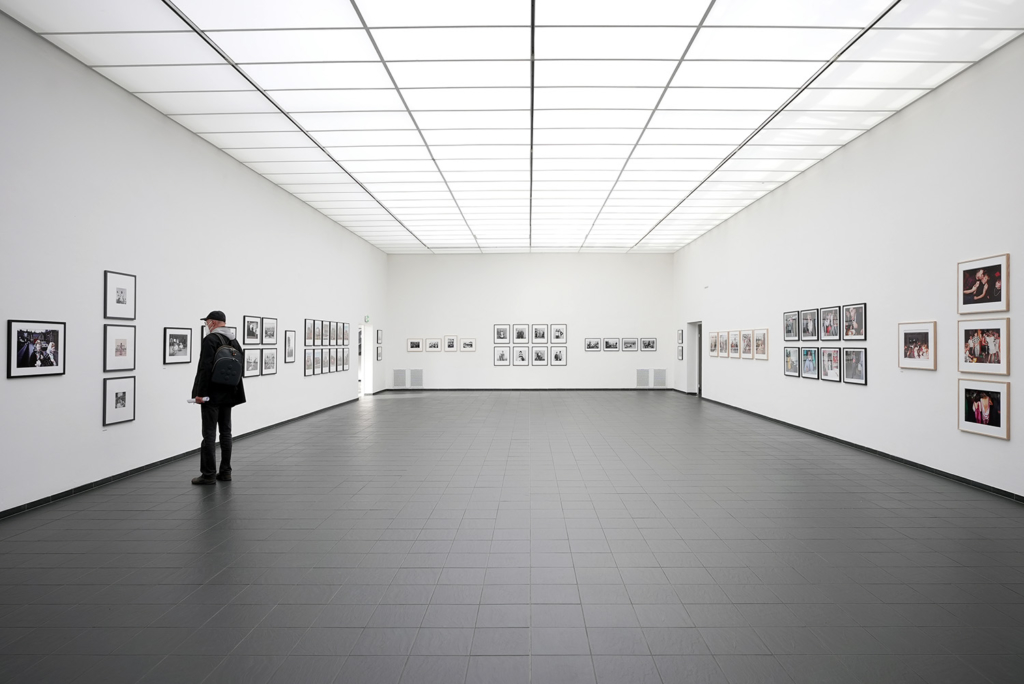 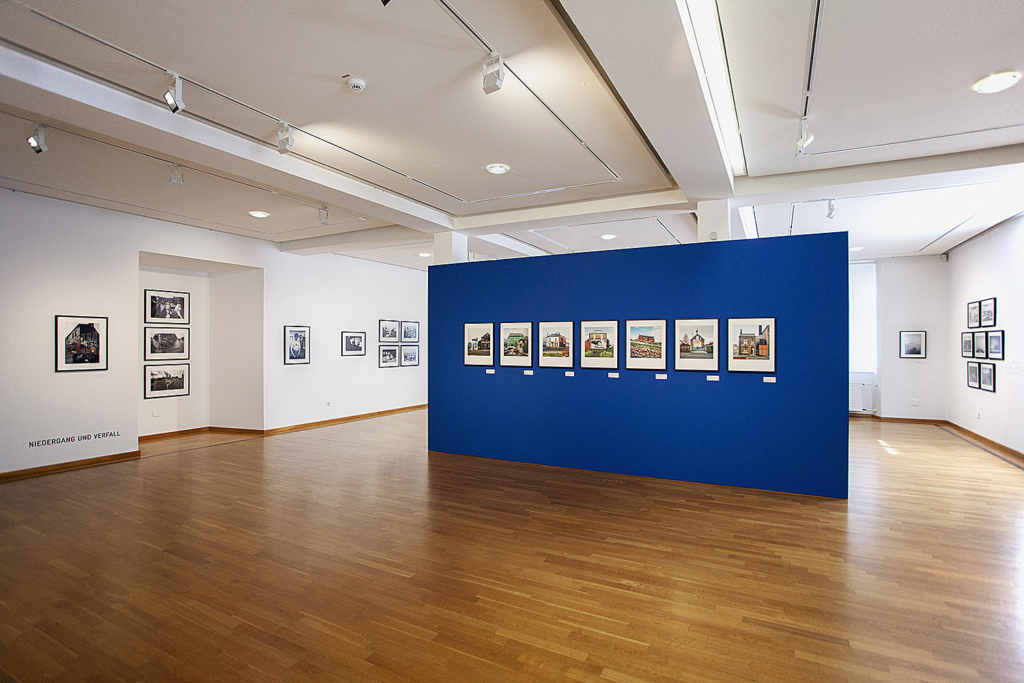 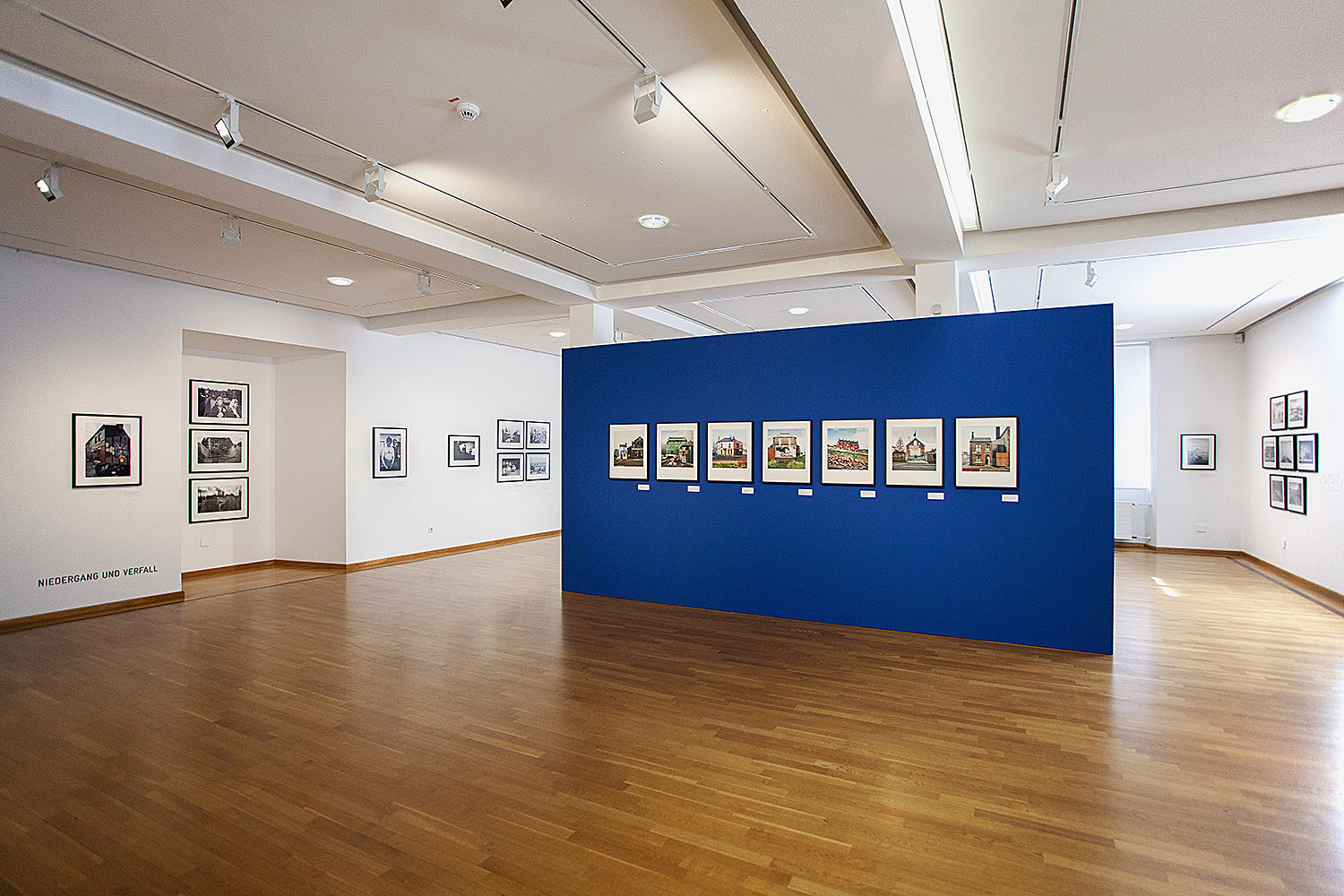 Where are you from? Cuba Photography Missions is a group exhibition being shown at Cultuurecentrum Mechelen, Belgium, before touring to Havana in 2023. It will feature new work I’ve made looking at the role of religion in Cuban society.

In 2019, Cuba celebrated the 60th anniversary of the Revolution. In 1959, Fidel Castro and Ché Guevarra ousted the dictator Fulgencio Batista and the country began working towards a utopian future. However, caught between the hammer and the anvil of Soviet communism and an American embargo, the country entered a period of sustained economic hardship whilst remaining fundamentally committed to the socialist values of the Revolution.

Against this background, an extensive photography project was set up with four Cuban and four European artists. Taking the current social and economic reality of the island as their starting point, each developed a photographic project that together provide a nuanced picture of this complex country. The eight works juxtapose the photographic interpretations of the local artists with those of the Europeans, who produced their work during several intensive working trips. The project starts from the idea of ‘heritage’, in the broadest sense of the word, and explores Cuba’s past, present and future.

Who we are and from which perspective we view each other determines the richness of this unique photography mission.

This VLIR-UOS project is the result of a collaboration between ISA, Universidad de las Artes in Havana and the Royal Academy of Fine Arts in Antwerp. 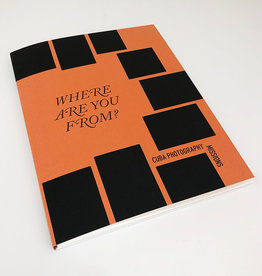 An exhibition catalogue is published alongside the exhibition, which includes an essay by a text by Alison Nordström. Available here: https://www.stockmansartbooks.be/nl/cuba-photography-missions-where-are-you-from.html

After its first showing at the Imperial War Museum in 2021, Generations: Portraits of Holocaust Survivors, now moves to RPS Gallery in Bristol. The exhibition brings together over 50 contemporary portraits of Holocaust survivors and their families, shining a light on the full lives they have lived and our collective responsibility to cherish their stories. It will include my series of video portraits.

In partnership with the Imperial War Museum, Jewish News, and the Holocaust Memorial Day Trust the exhibition showcases new works from 13 contemporary photographers, members and Fellows of RPS, alongside photography by RPS patron, Her Royal Highness The Duchess of Cambridge.