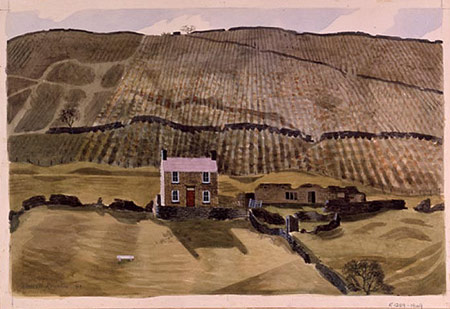 This symposium at the V&A is a fantastic opportunity to explore the complex presence of the past, national identity, taste and nostalgia in relation to the Recording Britain collection of water colours and drawings produced at the start of World War II with both art historians and practicing artists. Speakers include Patrick Wright, David Heathcote, and artists Ingrid Pollard, Abigail Reynolds, Simon Roberts and Paul Scott. At the outbreak of the Second World War an ambitious scheme was set up to employ artists on the home front. The result was a collection of more than 1500 watercolours and drawings that make up a fascinating record of British lives and landscapes at a time of imminent change. Recording Britain was the brainchild of Sir Kenneth Clark, who saw it as an extension of the Official War Artist scheme. By choosing watercolour painting as the medium of record, Clark hoped that the scheme would also help to preserve this characteristic English art form – you can find out more about the scheme here.