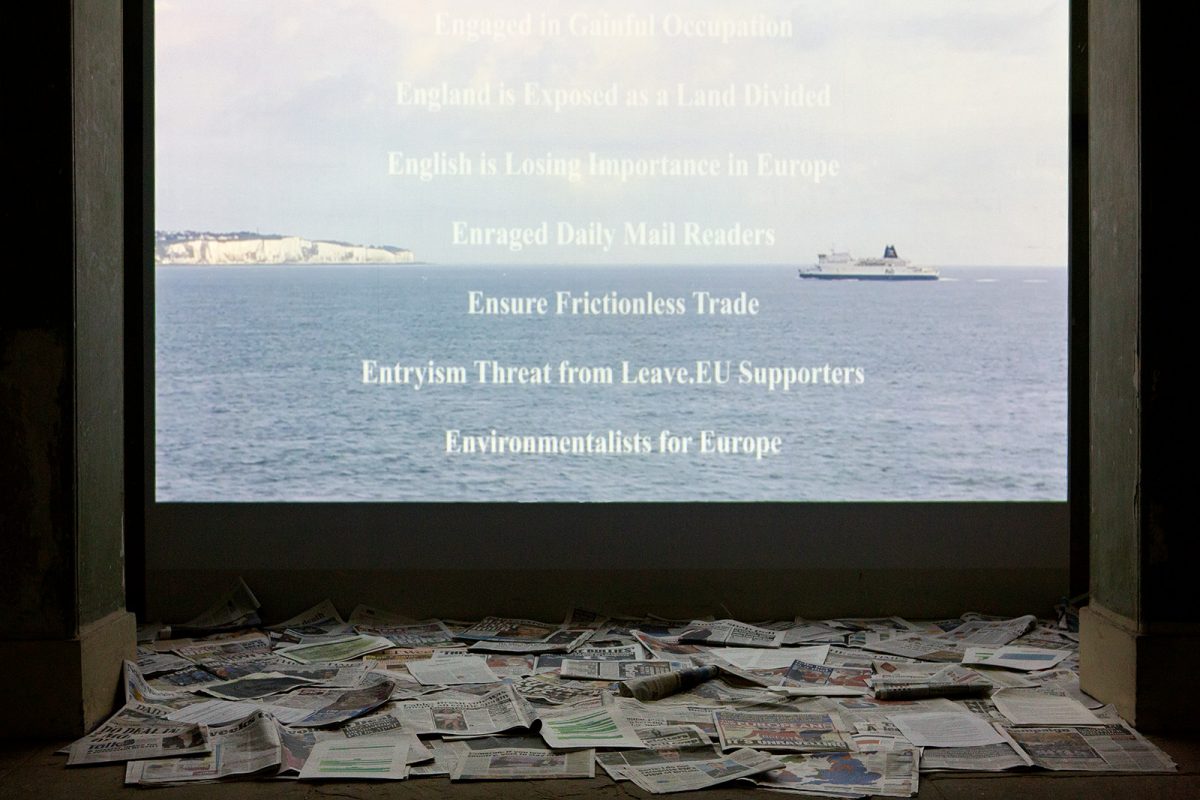 The Brexit Lexicon is a newly produced video- installation work that explores the store of metaphors and verbiage that have become the stock in trade of politicians and journalists during the Brexit negotiations. Creating a compendium of the most common terms that have coloured the way Britain / EU have described current political discussions, the lexicon is read out by an anonymous news presenter sat in front of a green-screen and viewed on a television screen.

Alongside the Lexicon, Roberts is displaying a photographic work on street poster sites across the city. Between the Acts, 2018 is an artist poster featuring a photograph of the iconic white cliffs at Seven Sisters in Sussex coupled with a haunting quotation from Virginia Woolf.

The exhibition has been made possible with support from Arts Council England and is part of the Brighton Photo Fringe festival. More info here.