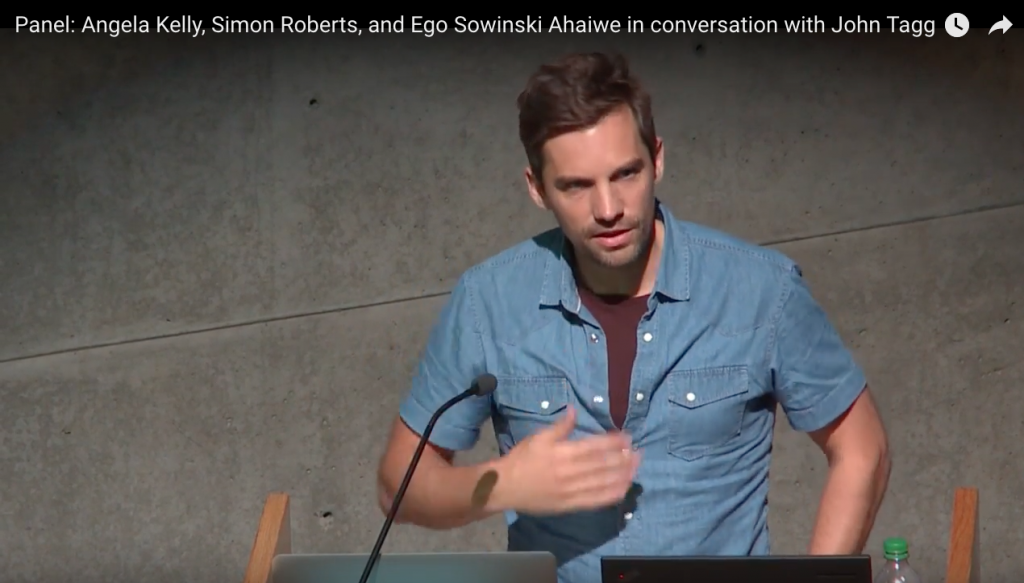 This video-recording was made at the conference Photography and Britishness, held at the Yale Center for British Art on November 4 – 5, 2016. The conference was the result of a collaboration between the Yale Center for British Art, New Haven, the Paul Mellon Centre for Studies in British Art, London, and the Huntington Library, Art Collections, and Botanical Gardens in San Marino—three research institutions that have a converging interest in British art.  The conference sought to investigate the various ways in which notions of “Britishness” have been communicated, inflected, and contested through the photographic image.

This panel, chaired by John Tagg, brought together three photographers, Angela Kelly, Simon Roberts and Ego Sowinski Ahaiwe, to discuss how their photographic practices intersect with the concept of Britishness. Examining issues such as identity and belonging, immigration and travel, and the documentation of diverse British experiences and identities within the photographic archive, these practitioners reflect on the work of the photographic image in constructing, reflecting and challenging notions of Britain and Britishness.

You can view all of the recordings, which are introduced by Martina Droth and Sarah Victoria Turner.