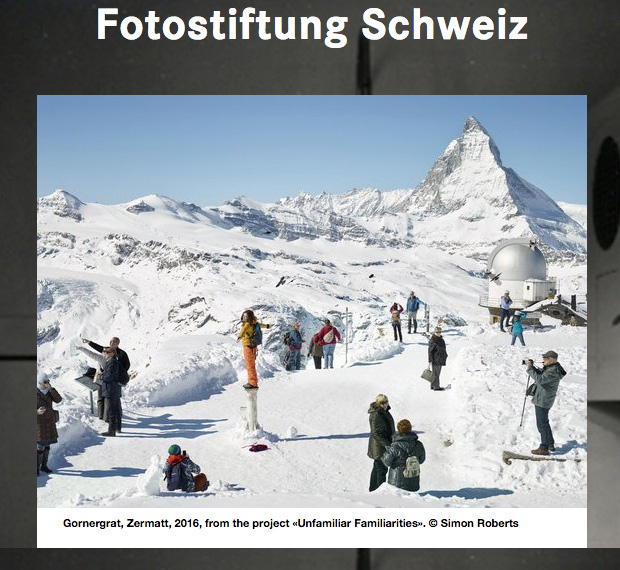 Unfamiliar Familiarities: Outside Views on Switzerland

I’m launching a new series of work as part of the group exhibition ‘Unfamiliar Familiarities: Outside Views on Switzerland’, an initiative of the Swiss Foundation for Photography, co-produced by the Musée de l’Elysée and with the support of Switzerland Tourism.

Switzerland’s image has been significantly shaped by photographs dedicated to tourism. With spectacular mountain panoramas, rural idylls or portraits of local people the country could be successfully marketed, and these photographs also made an important contribution towards national identity. Another consequence, however, was that the respective pictorial repertoire became inflated and stereotyped.

Switzerland Tourism has chosen an unusual project to mark its 100th anniversary in 2017 with the aim of exploiting the potential of photography anew. The Swiss Foundation for Photography (Winterthur) and the Musée de l’Elysée (Lausanne) invited five internationally renowned photographers to scrutinise Switzerland in their capacity as independent, subjective and sensitive observers – unrestricted by any advertising commission.

What Alinka Echeverría (Mexiko/UK), Shane Lavalette (USA), Eva Leitolf (Germany), Simon Roberts (UK) and Zhang Xiao (China) discovered on their travels around the country or along its borders is both inspiring and revealing. Their exciting, poetic or mysterious-enigmatic images invite viewers to see the familiar with the eyes of an outsider.

My series is called ‘Sight Sacralization: (Re)framing Switzerland’ and includes this photograph: 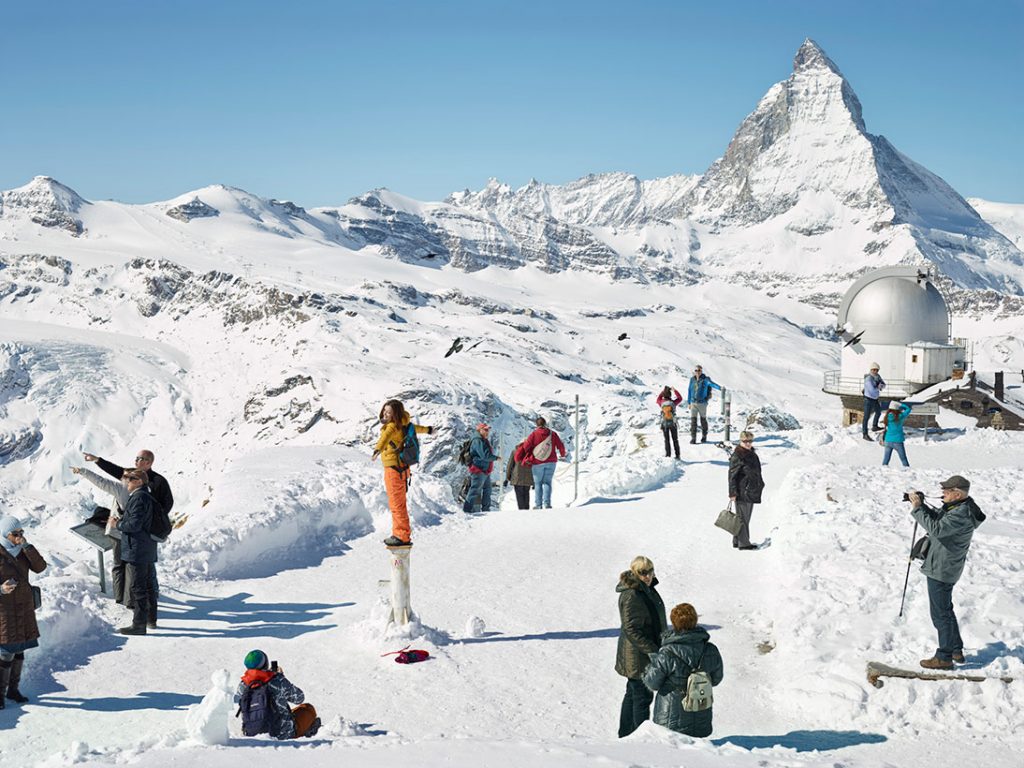 Unfamiliar Familiarities is curated by Tatyana Franck, Peter Pfrunder and Lars Willumeit. A boxed set of publications to accompany the exhibition is being published by Lars Müller Publishers.