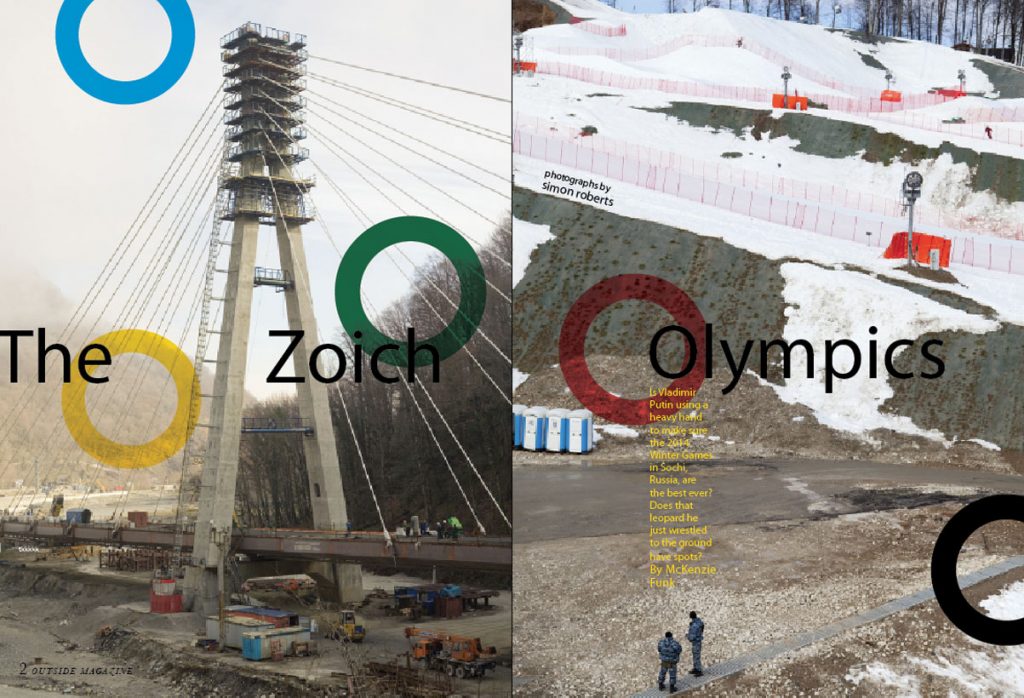 The Zoich Olympics, Outside Magazine

I have a series of photographs in the current issue of Outside Magazine taken in Sochi, Russia earlier this year. They accompany an article by McKenzie Funk examining the upcoming Winter Olympics.

“The Sochi Olympics Are a Five-Ring Mess- Determined that Russia will put on the most lavish Winter Games in history, Vladimir Putin has spent $51 billion, quashed environmental critics, and turned one of Europe’s most beautiful natural regions into a construction zone.”