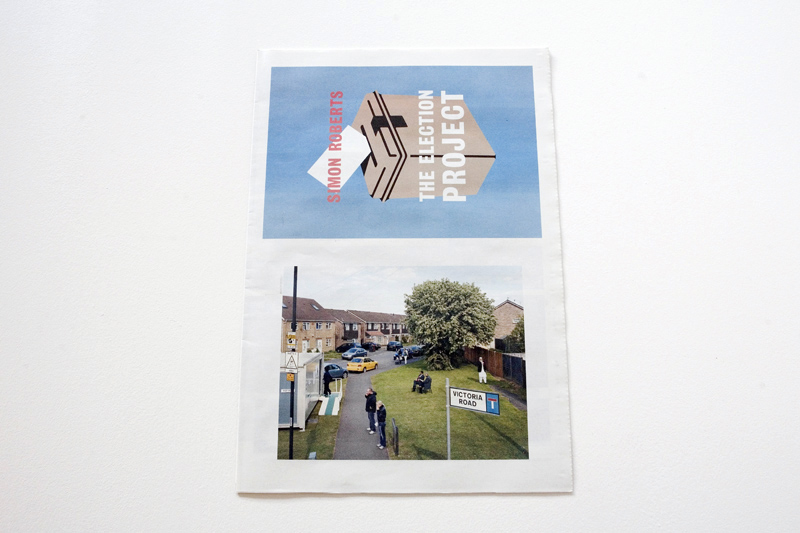 To coincide with the launch of The Election Project, Simon printed a limited edition newspaper, publishing all twenty-five of his photographs alongside a selection of the public gallery. The publication also features three commissioned essays by by Greg Hobson, Curator of Photography at the National Media Museum entitled “Simon Roberts’ work – The Election Project in context“; Sean O’Hagan, Arts critic on the Observer newspaper, entitled “The Election Project Public Gallery – an anthropology of ourselves?”; and Peter Wilby, media columnist on the New Statesman, entitled “How the election was won.“

The newspaper, which is a 36-page berliner size in a print run of 3000 copies, was designed by Fuel (the company behind Simon’s books Motherland and We English). You can view extracts and download a pdf copy of the publication here.