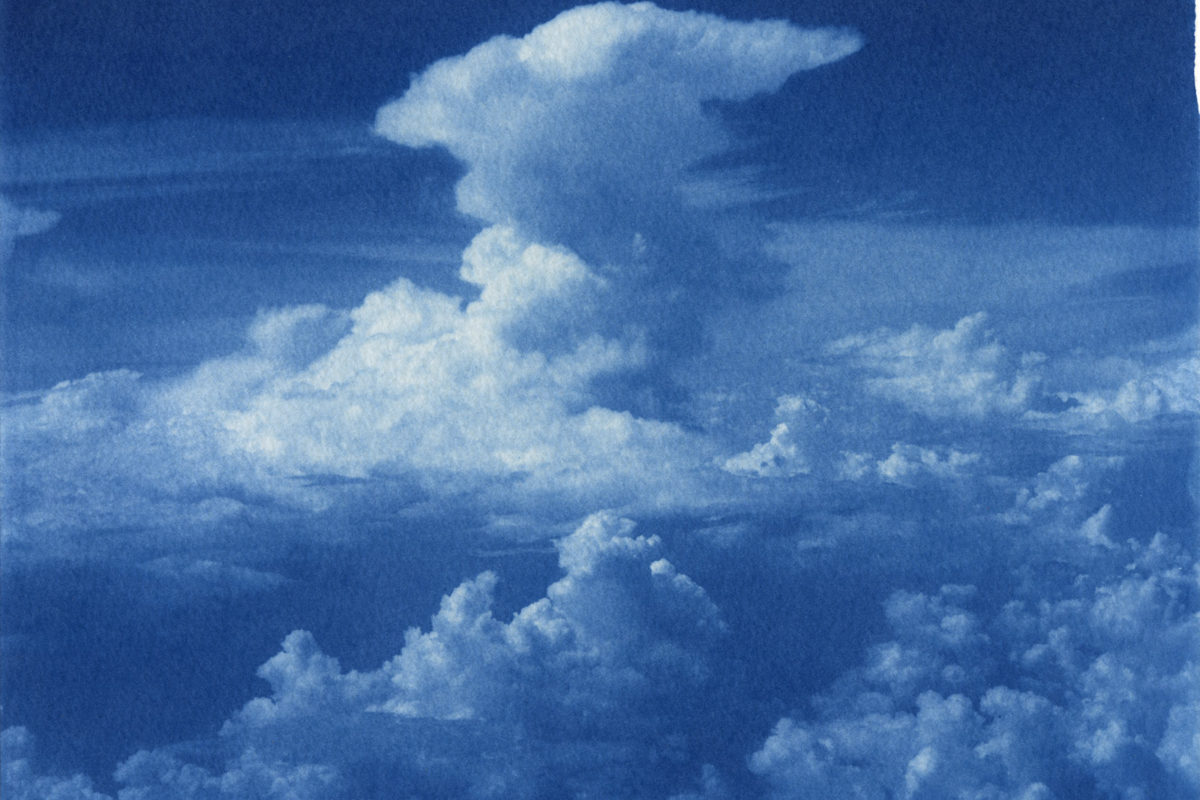 A new series of work made during the Covid-19 lockdown and released today on Flowers Gallery’s online Viewing Room.

The Celestials are a series of cyanotypes made using negatives of pictures I’d taken from plane windows during my work expeditions over the preceding years, partly because they had immediately become an estranged perspective and partly because the spectre of climate change was dominating my thoughts, and much of the media coverage I was seeing. Satellite images released by NASA and the European Space Agency showed a dramatic drop in nitrogen dioxide emissions during lockdown; the skies were clearer, bluer, the earth was breathing again and like many people, I saw this as a sign of hope and of the changes we desperately need to make. 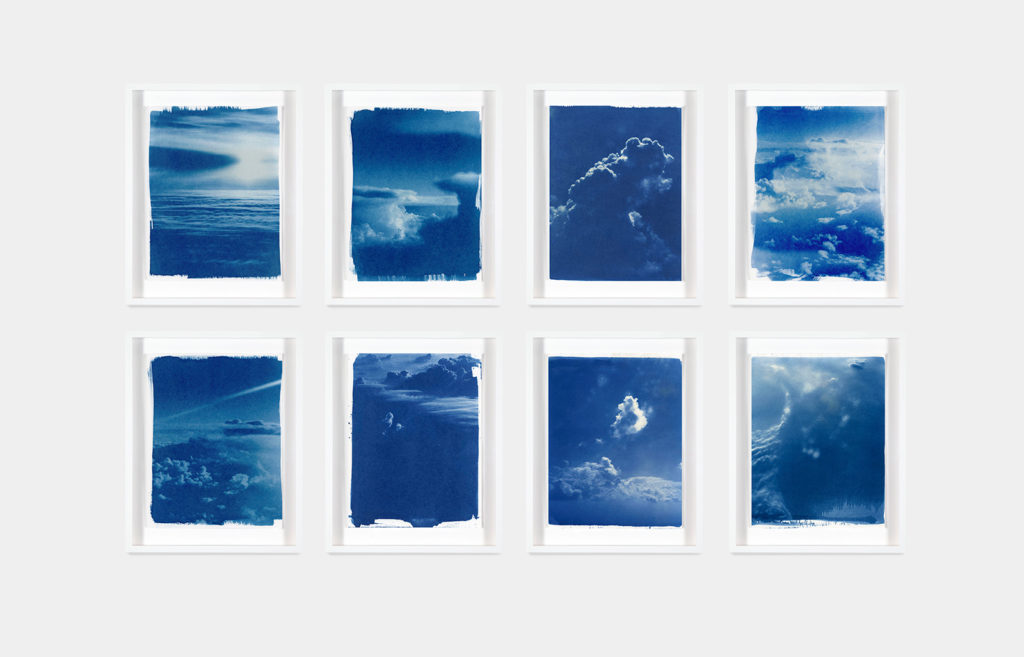