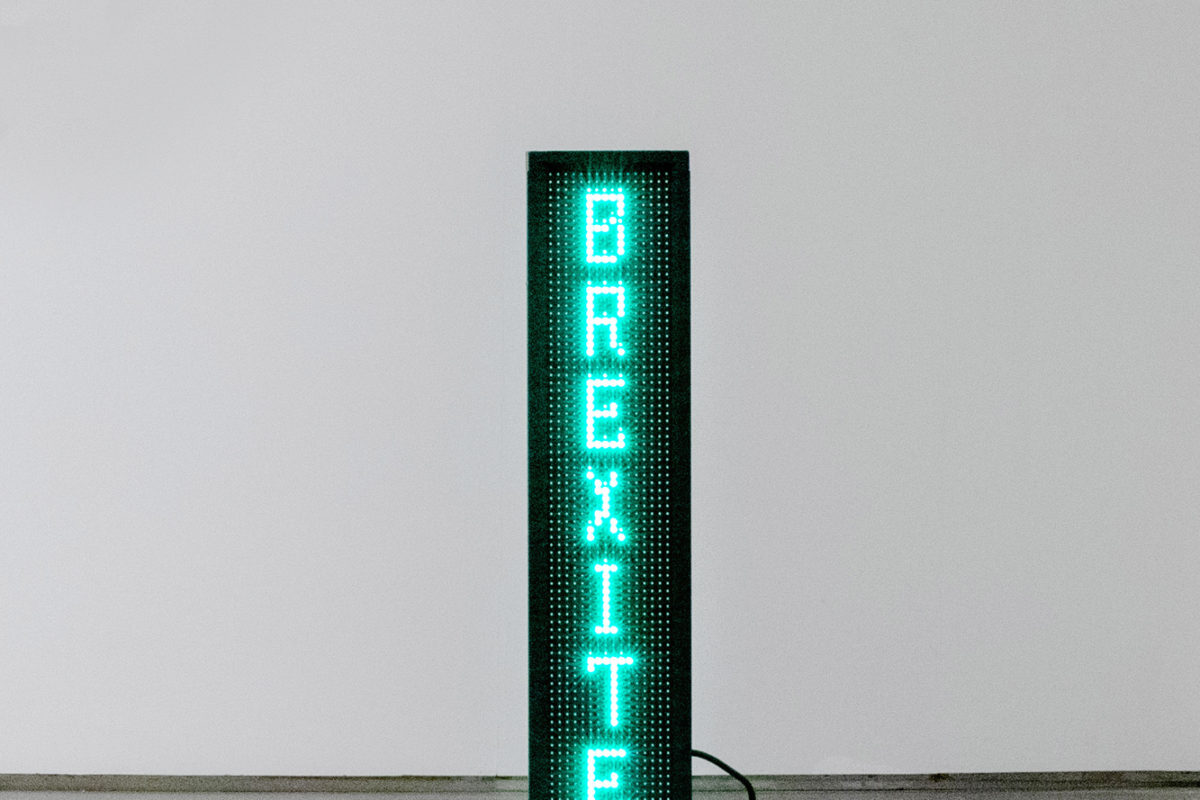 The Brexshit Machine will be exhibited at The Container, Tokyo, Japan from 23 December – 7 March 2021 as part of the ‘Complex States: Art in the Years of Brexit’ international exhibition.

“With days before the official separation of the UK from the EU, there is no more timely occasion to present Simon Roberts’s Brexshit Machine in the confined space of The Container. Radiating monotonous “Brexit terms” in green LED letters, all bearing the prefix Brex-, as became ubiquitous in the UK since the decision to separate in 2016, to share the anxieties surrounding this moment of change. The work was initially created to mark 31 January 2020, the day that the UK’s membership of the European Union ended and the start of the “transition period”, and is reinstalled again, at The Container, symbolically at the end of this transition, still with many “brexieties”. The installation doesn’t only paint a portrait of a country during an identity crisis, but also of the discourse surrounding this moment of change.” Shai Ohayon, Curator, The Container gallery.

Download a press release here. And copies of the exhibition catalogue are available online here:

Complex States was created by Vassiliki Tzanakou (Director of ARTinTRA) and Catherine Harrington, and is a platform for critical engagements around Brexit by artists including Jeremy Deller, Jason Decaires-Taylor, Richard Littler, Stephane Graff, Michal Iwanowski, and Rita Duffy.

The exhibitions brings together a wide selection of media, from paintings and sculpture to videos and installations with the aim of shedding light on the ways artists have responded to Brexit, and the urgent topics of identity, migration, globalisation, social media, and ‘fake news’ that Brexit has provoked. Selected artworks will be exhibited individually at one of a variety of venues and locations, and all artworks in the show will be brought together on an online platform (www.complexstates.art) featuring cutting-edge augmented reality experiences made possible through our collaboration with the mixed reality specialist afca.