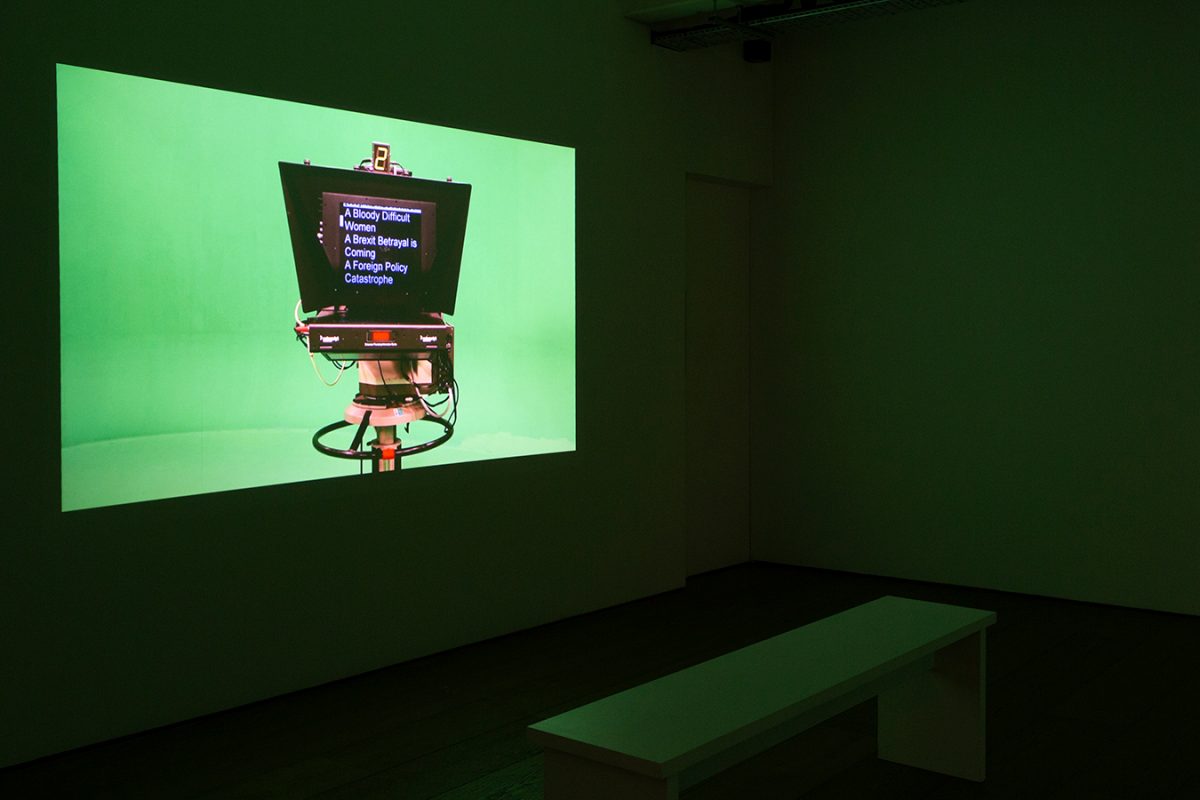 New video installation work The Brexit Lexicon will be on display at the 2019 Format Festival.

The Brexit Lexicon is a single channel video work (c. 80 minutes) that explores the store of metaphors and verbiage that have become the stock in trade of politicians and journalists during Britain’s exit from the Europe Union. Creating a compendium of the most common terms that have coloured the way Britain and the EU have described current political discussions associated with Brexit, the lexicon is read out by a news presenter who appears at a desk in an anonymous news television studio against a green-screen.

The Lexicon will be installed in an old shop in the Strand Arcade, which is being operated by the nomadic Furthest From The Sea, an Arts Business run by passionate and dedicated artists committed to a ‘hands on’ approach to creativity. It is part of a group presentation The Brexit Shop curated by Peter Bonnell, which will also include work by Martin Seeds and Mark Duffy.
1 Strand Archade
Off Sadlergate
Derby
DE1 1BQ
15 March – 14 April