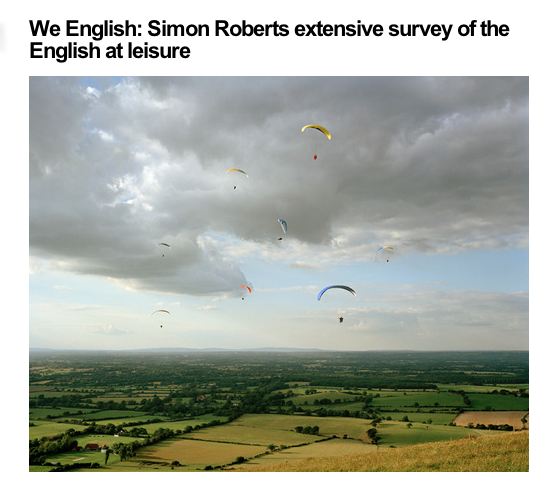 WAYNE FORD ON WE ENGLISH

“Titled We English, this extensive survey was informed by the likes of Tony Ray-Jones (1941-1972), Martin Parr, Tom Woods, Bill Brandt (1904-1983), and Sylvester Jacobs, amongst others, all of whom had produced insightful and seminal documents recording the English people at various periods over the last half-century. But whilst many of these  photographers approached their subject in what would would be considered a documentary nature, the work of Roberts’, like that of John Davies, reverberate with the  echoes of traditional English landscape painting, whilst remaining stoically contemporary in nature.”

Read the rest of Wayne Ford’s blog post about We English here.