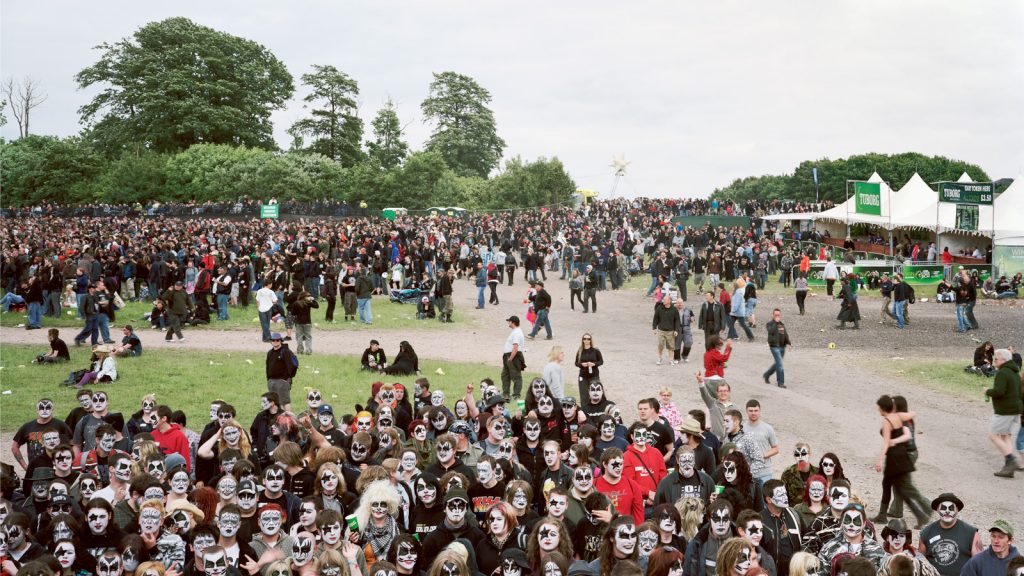 Merrie Albion – Landscapes Studies of a Small Island has been published by Dewi Lewis Publishing, November 2017.

For over a decade, Simon Roberts has photographed events and places across Britain that have drawn people together in public, communal experiences. This has often been an implicit theme of his work, the apparent desire for common presence and participation and the need to share a sense of belonging, suggesting something distinctive about our national character and identity.

Whilst Roberts’s interests have often gravitated towards evolving patterns of leisure, and the consumption and commodification of history, he has also chosen to photograph events and places that have a more immediate, topical significance in the turning of Britain’s recent history, and which – summoning the sense of a national survey – collectively form a visual chronicle of the times in which we live.

Merrie Albion ranges across several of his projects from the last decade, projects that have explored not only our leisure landscape but also our social and political landscape. The book registers a distinct shift in approach, and tone, from his work in We English. Roberts has exchanged the element of discovery and revelation evident in his earlier travels through England, for a form of ‘reporting’, in which he responds to subjects and places that are already firmly positioned within the public consciousness – defining locations in our recent national story.

You can view a video of the book here:

And download a press release from Dewi Lewis Publishing here.

Merrie Albion has been made possible with support from The Incite Project.