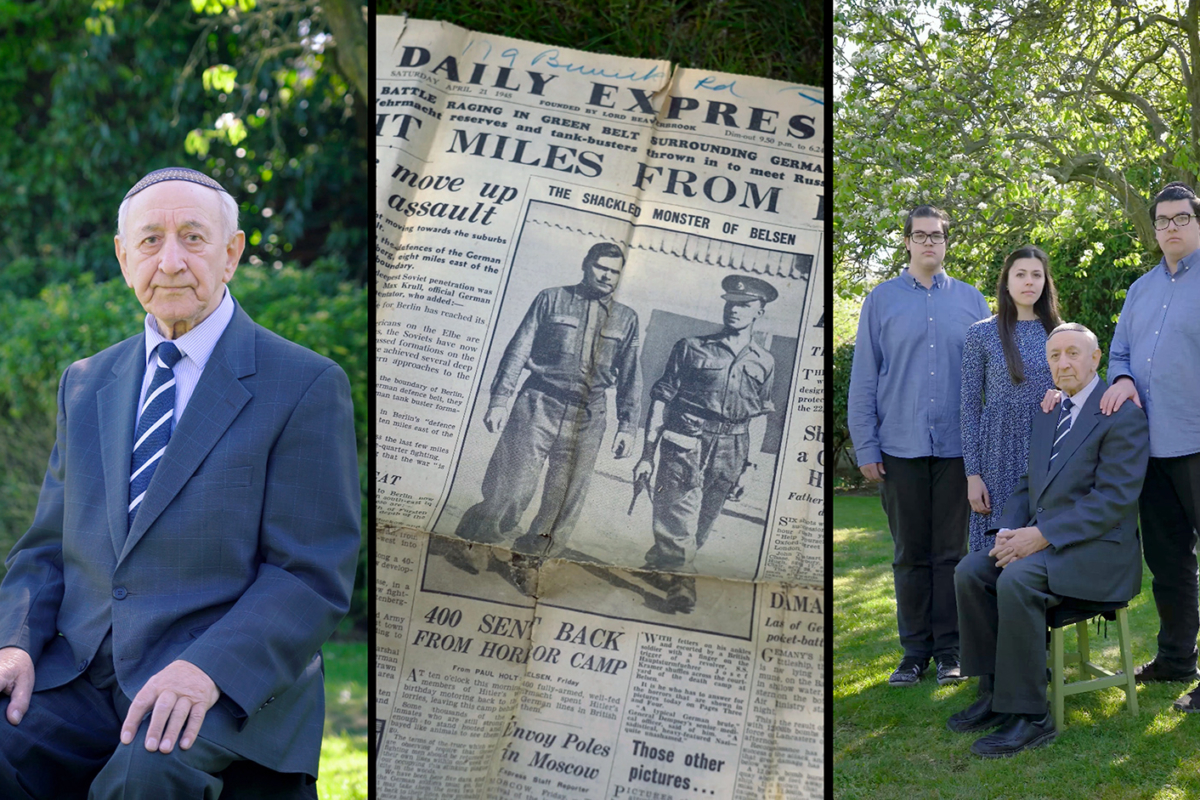 Image: Ivor Wieder with his grandchildren Nadav, Daniella and Adiel, London, May 2021 (04:03 mins)

In partnership with the Royal Photographic Society (RPS), Jewish News, the Holocaust Memorial Day Trust and Dangoor Education, Generations: Portraits of Holocaust Survivors showcases new works from 13 contemporary photographers, all members and Fellows of the RPS, alongside photography by RPS patron, Her Royal Highness The Duchess of Cambridge.

My contribution to the exhibition is six video portraits of survivors, which are accompanied by the words of family members, each of whom describes the legacy their relative’s experience of the Holocaust has had on their own lives and upbringing. These family members are revealed later in the video portrait, as is an object the survivor sees as particularly significant, such as a tattooed identification number, religious text or family photograph.

Displayed for the very first time, these powerful photographs capture the special connections between Holocaust survivors and the younger generations of their families.

The systematic persecution of Europe’s Jews by the Nazis between 1933 and 1945 led to the mass extermination of 6 million lives. For those who survived, its memory and impact were life changing.

Through a series of individual and family portraits, the moving photographs in this exhibition present a group of survivors who made the UK their home after beginnings marked by unimaginable loss and trauma. While offering a space to remember and share their stories, these portraits are a celebration of the rich lives they have lived and the special legacy which their children and grandchildren will carry into the future.

The exhibition will move to the Royal Photographic Society in Bristol from January 2022.