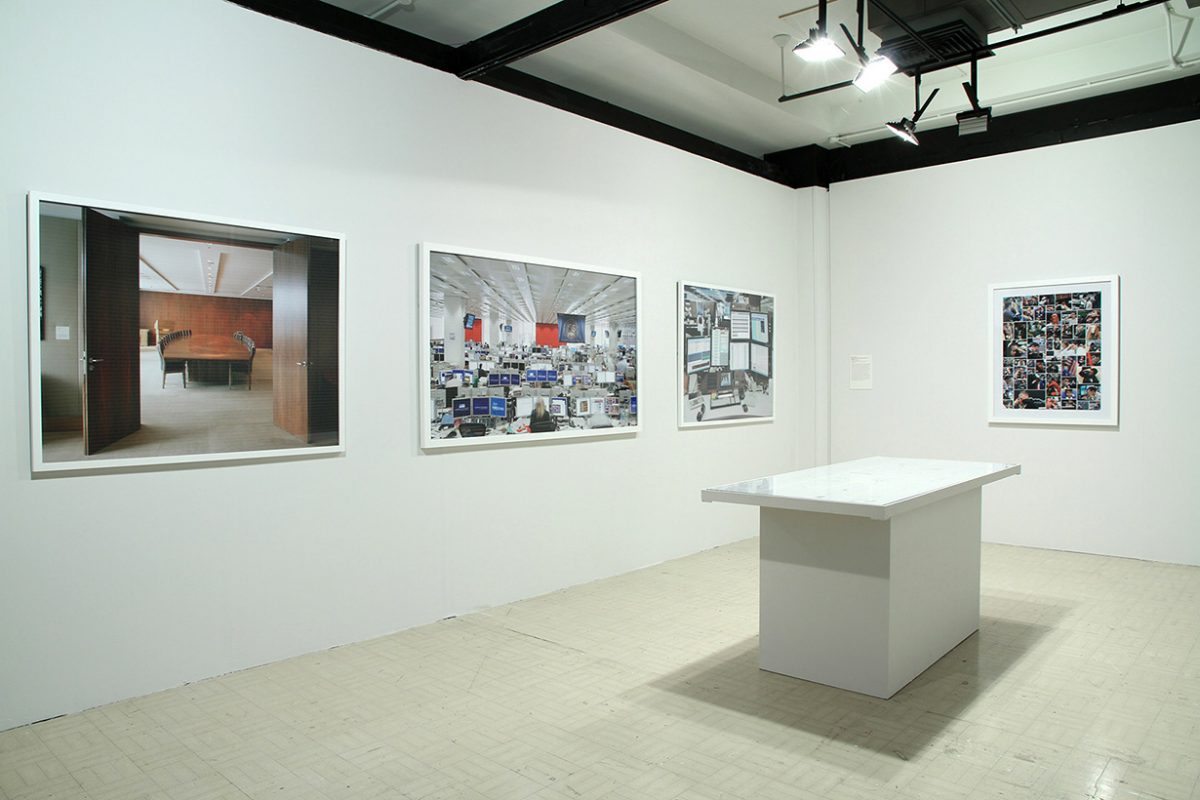 This group exhibition featuring a series of my works from Let This Be A Sign, is now touring. The first venue is John Hansard Gallery in Southampton.

Show Me The Money: The Image of Finance 1700 to the Present poses the question, what does money really stand for, and how can ‘the market’ and the world of high finance be made visible? The exhibition charts how the financial world has been imagined in art, illustration, photography and other visual media over the last three centuries in Britain and the United States, and asks how artists have tussled with the intangible nature of money, from the South Sea Bubble of the eighteenth century to the global financial crisis of 2008.

The exhibition features works ranging from satirical eighteenth-century prints by William Hogarth, to newly commissioned pieces by a range of contemporary artists in an array of media: paintings, prints, photographs and videos. Here on the south coast, the exhibition will be shown simultaneously across the John Hansard Gallery and Chawton House Library; the latter once owned by Jane Austen’s brother, himself implicated in a financial scandal of the 1810s.

It showcases many works created since the 2008 financial crash, including Molly Crabapple’s surrealist oil painting Debt and Her Debtors (2012-13), through to Goldin+Senneby’s installation Headless (2008), detailing the search for an offshore company that forms the basis for a ghost-written novel commissioned by the artists. There is a new version of Simon Roberts’ Credit Crunch Lexicon (2012), a wall-based text work that alphabetically lists words and phrases collated from political speeches, Bank of England papers, newspaper headlines and economic reports as a vehicle for political comment.

University of Southampton
Highfield
SO17 1BJ