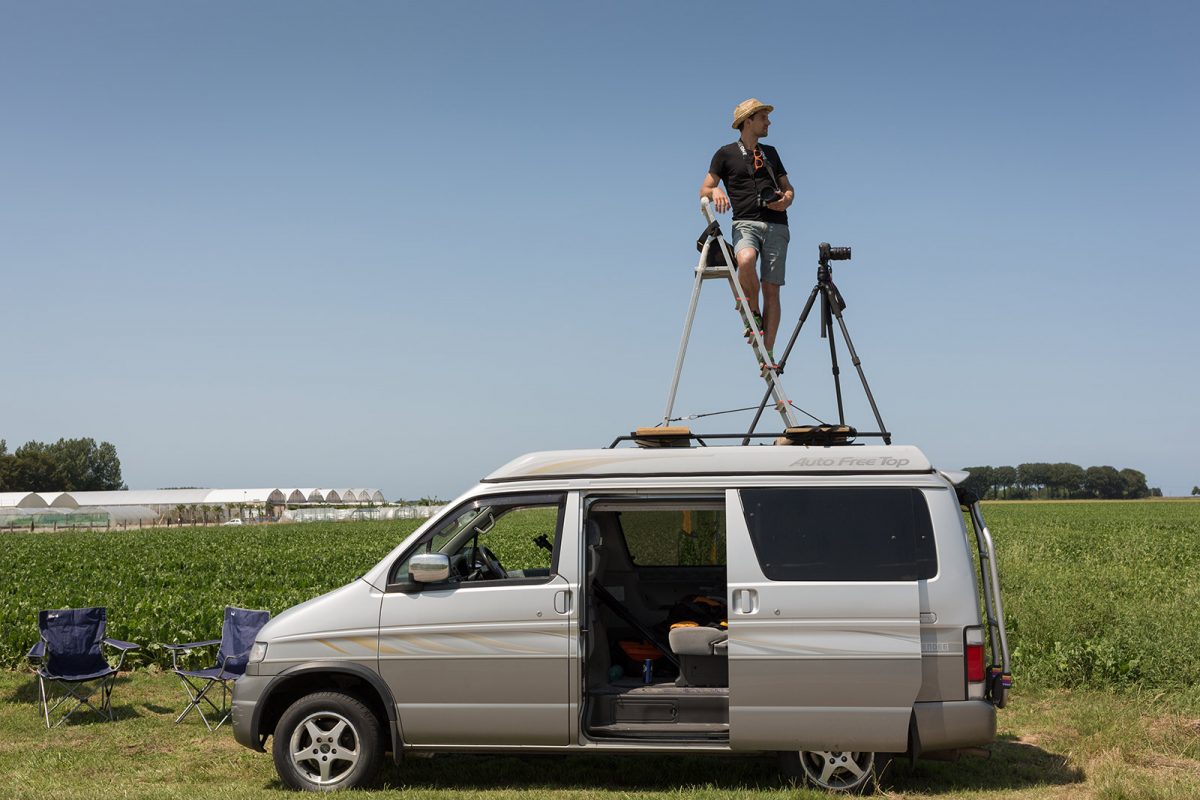 ABOUT: “So here is Normandy, her holidays and festivals, as seen by an Englishman. This particular cross-Channel cousin, Simon Roberts, is a young star of English photography. Born in 1974, he belongs to a typically British tradition that consists of trying to illustrate the link between landscape and people. In 2009 he finishes a landmark series of images, gathered in a book titled We English: it’s a narrative of the English countryside as it is lived and hiked through—a space where life happens in daily routines, in holidays, in rituals even.” Raphaëlle Stopin, Curator.

The Centre Photographique in Rouen has asked Roberts to look at the region of greater Normandy as part of an ongoing project initiated several years ago, involving a selection of photographers, to focus on landscapes such as the ocean cliffs, the Seine valley, and renovated urban areas. This time, Roberts’ residency has revealed a territory conceived of as a vast human landscape. 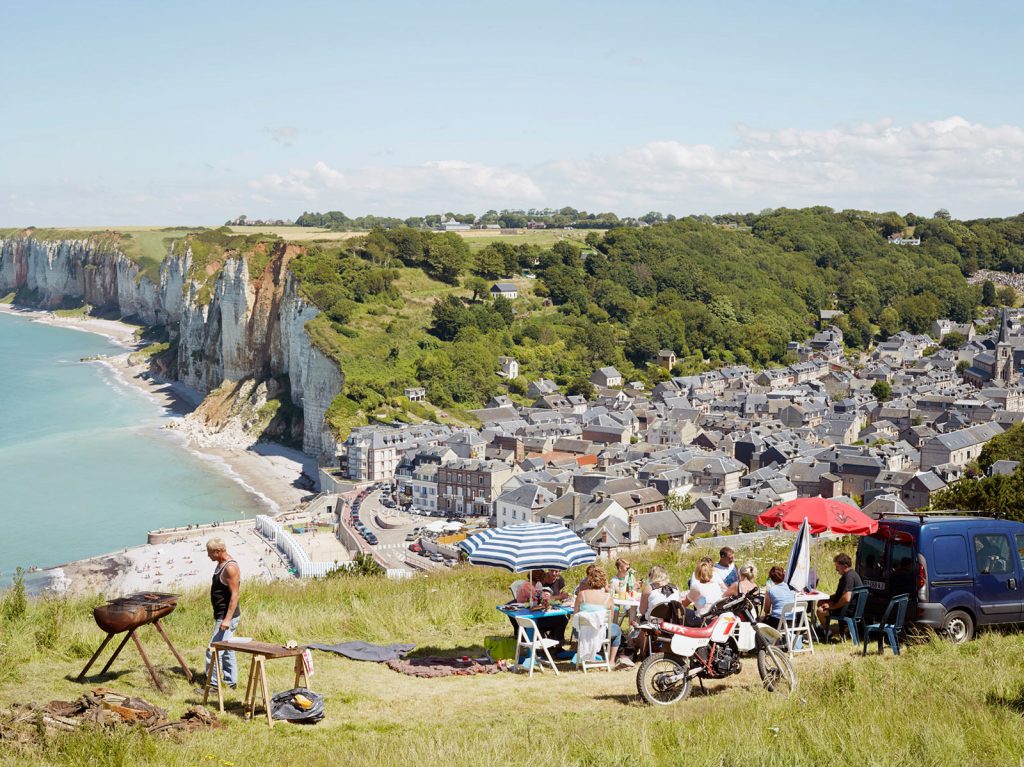 “Beware, O voyager, the road travels as well,” Rainer Maria Rilke wrote. A landscape, far from being a frozen reality, is experience and interaction, a negotiated interface between the environment and the person who peoples it with his or her footsteps and emotions. Collectively and individually, we and the landscape weave together a storyline mixing the real and the symbolic, the cultural and the natural, the objective and the subjective.

Over two years of work the photographer has followed a trail of local fêtes, parades, memorial ceremonies and leisure activities. While everything around him is movement, flux, mobility, he stands still. Camped on the top of his van or perched on top of a ladder, he captures the fleeting encounter between an environment and those who occupy it for a day. The tone of the encounter is often casual, as in a still showing a group of friends adopting a corner of the Yport cliffs, readying a barbecue grill as if in a corner of their own garden. Finally these are “affective” landscapes, sites made for sharing.

From such a vantage point, the lens of Simon Roberts seems panoramic. The resulting space between the lens on one hand, and its subject and characters on the other, avoids the pitfall of the anecdotal or ephemeral to confer on scenes as trivial as a swim or bike ride the majesty of a landscape portrait. In the physical space of his large images Simon Roberts crafts a generous, inquisitive and friendly portrait of Normandy and of those who wander her byways. His images, as they explore rural hamlets, beaches, and sports fields, reveal an unexpected and joyous diversity of customs and manners of “living” her landscapes.

You can find more information and some installation photographs HERE.

After Rouen, the exhibition will tour to Caen and Evreux. More details to follow.