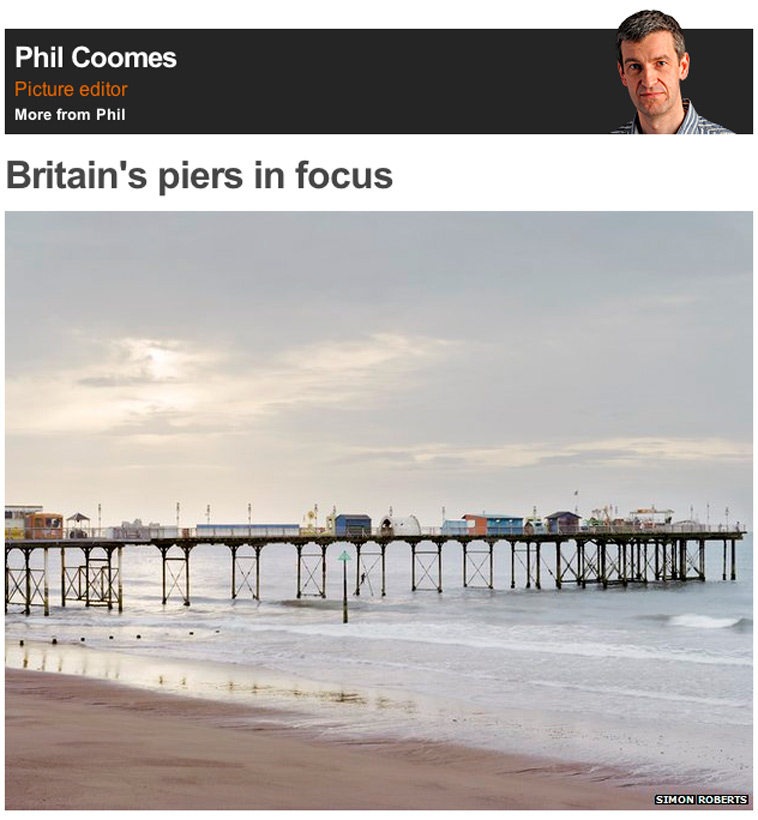 Britain”s obsession with the coast is an understandable one given its geography and naval history, yet the coast also played an important part in the country”s social history.

It was here that millions of workers first enjoyed time away from the tough working conditions of Victorian towns, and any self-respecting resort would require one key ingredient, a pier. Their popularity lasted well into the middle of the last century, but since then, many have struggled to survive the changing holiday habits of the nation, and in some cases natural disasters.

Yet in some way these structures jutting out into the ocean reflect the nation”s one-time desire to spread its influence, for good or ill, around the globe. Today those that still stand have mixed fortunes, with some like Ryde Pier reborn and others still seeking regeneration.

Photographer Simon Roberts has spent the past three years creating a comprehensive survey of Britain”s piers, depicting all 58 surviving pleasure piers along with a handful of those lost in photographs marking where a pier once stood.

Roberts studied Human Geography at the University of Sheffield prior to taking the National Council for the Training of Journalists (NCTJ) course in press photography, the two disciplines now seeming to mesh well and drive his work forward.

His projects come at an important time for the country and his long term immersion in the subject is to be admired.

Looking back at a piece we ran by Roberts in 2003 about a you realise how much of a journey he has been on. Not in terms of miles travelled, though his work has encompassed the Middle East, a year in Russia and of course the US amongst others, but in terms of developing his own voice through his images.

That”s not something you can do overnight. And though the beauty of these pictures can only really be experienced first hand as large prints on the wall, the smallish reproductions here do offer a glimpse of the eye and brain behind them.

You can see the full article here along with two video clips on location.