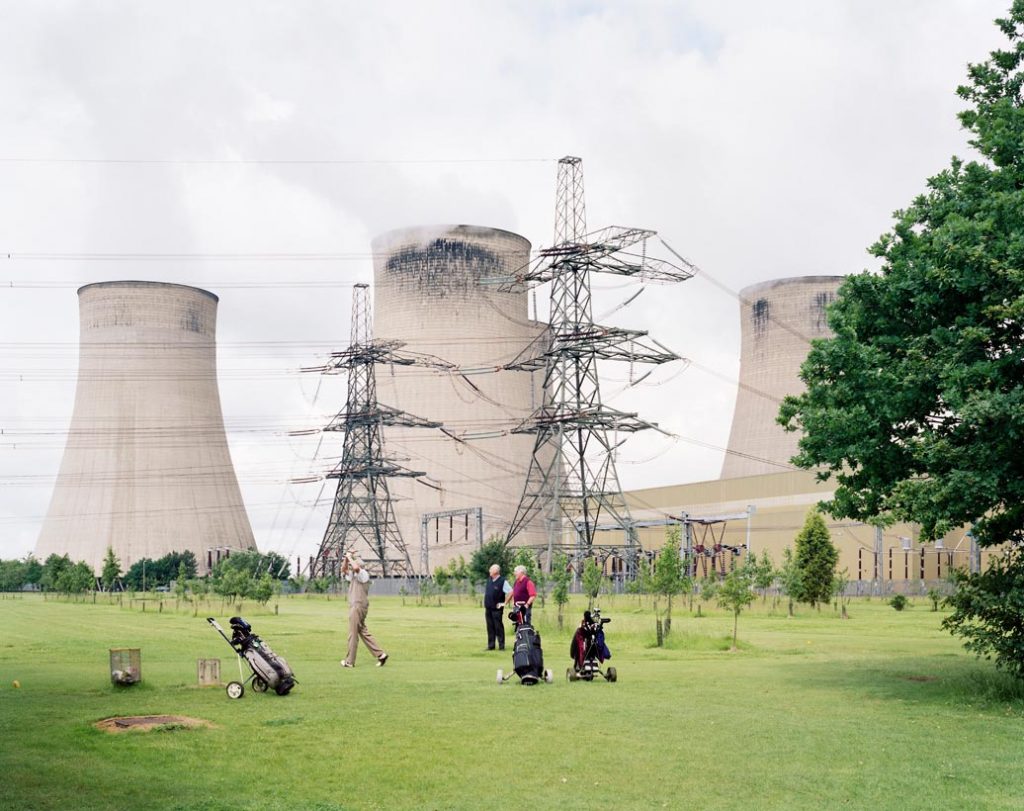 We English by Simon Roberts, “Banal Nationalism” in Landscape? is a journal article by Karine Chambefort-Kay, Université Paris-Est Créteil, from the new issue of Journée d’études, entitled “The American and British Nations in Contemporary Landscape Photography” (December 2014)

Abstract
This paper studies the case of a landscape photography project by British photographer Simon Roberts: We English—the project comprising the book published by Chris Boot in 2009, exhibitions of the large format prints of the photographs, and the artist’s dedicated website with a blog and forum for the public to propose subjects. We address the question of English national identity in Simon Roberts’s photos through the concept of “banal nationalism” coined in 1995 by Michel Billig. The first part draws on Billig’s thesis that the nation is “flagged” in the most banal everyday environment and activities, and discusses whether Simon Roberts’s documentary photographs evidence such subliminal national “flagging”. The second part shows the limits of the concept of “banal nationalism” when studying We English because of the complex, collaborative and reflexive nature of the project. By revealing how personal and intertextual references inform both the photographer’s and the viewer’s perception, the artist documents the dialectical process and negotiations at work in national identification. The third part contends that this dynamic approach of Englishness allows Roberts to propose his own re-imagining of the homeland. On writing about my working practice for the project, Chambefort-Kay comments:

“A vast framework of references is the backbone of the whole project, and it is made visible through various devices. Simon Roberts opts for transparency on the genealogy of his pictures and on his authorial choices. He questions himself and his audience on the cultural filters and the modes of perception that inform their understanding of landscape. Therefore it is crucial to take into account the whole project, that is, to include both the blog and the pictures in our analysis to appreciate the full scope and impact of We English. Beyond merely documenting the English outdoors, Simon Roberts reveals the different ways in which people connect with the landscape both in nature and in pictures. He offers an insight into the mechanisms through which the national community is constantly re-created in landscape, showing that everything is negotiated individually and collectively.”

And in conclusion, writes:

“We English offers a renewed vision of England. New forms of cohesion and belonging are evidenced, but they are not exclusively found in urban areas. Simon Roberts does not reject the national frame, but reinvents it, by revealing the interactions and relations involved in national identification. The photographs of We English and the whole project actually display the openness of conviviality, which “makes a nonsense of closed, fixed and reified identity and turns attention toward the always unpredictable mechanisms of identification” (Gilroy, 2005, xvi). The nation is re-imagined through a new, dynamic, open vision of England.”

You can download a pdf of the full article here.

Chambefort-Kay recently completed a PhD entitled “Ecritures photographiques des identités collectives, Grande-Bretagne, 1990-2010”, which deals with many British photographers and exhibitions from the period and includes some chapters about We English and The Election Project.