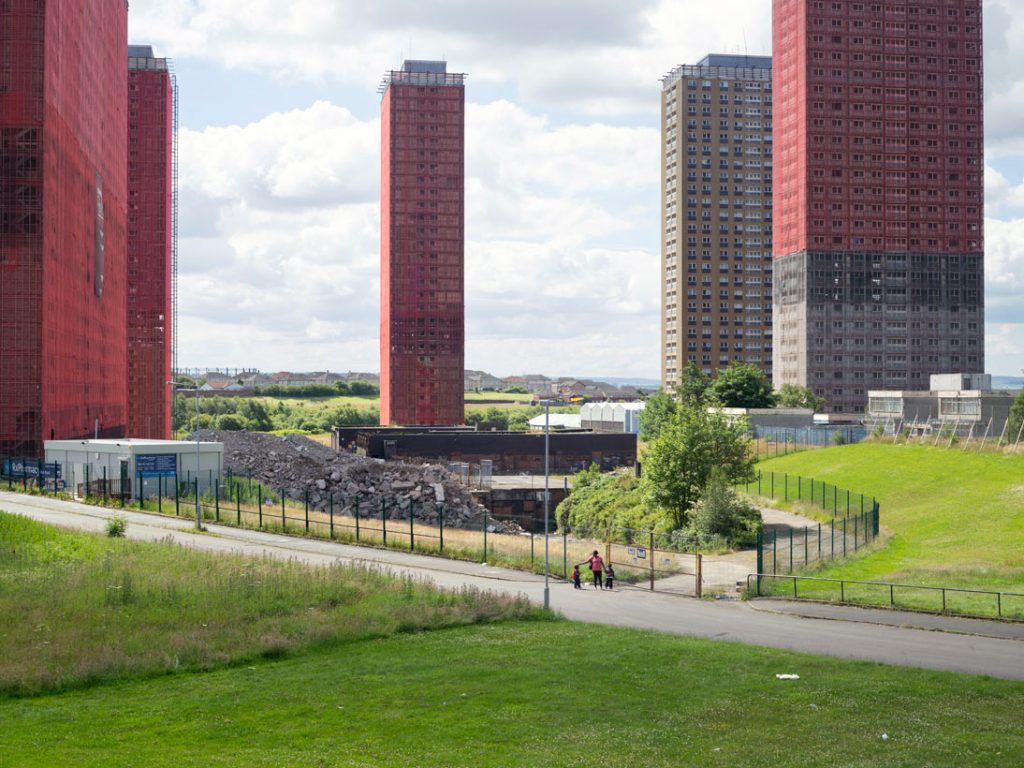 Image above: Red Road flats, Balornock, Glasgow, Scotland, June 2014.
A notorious, now partially demolished, complex of high-rise flats. Built in the 1960s, the flats were intended to house almost 5,000 people as part of an attempt to ease overcrowding and combat slum conditions. The six remaining blocks will be brought down in a one-off demolition in late 2015.

As new sustainable development goals are announced to tackle poverty, inequality and climate change, 10 photographers were chosen by Action/2015 to offer their perspectives on equality, with subjects ranging from the Awá tribe in Brazil to factory workers in Wisconsin.

Representing Britain, my three selected photographs examine the way in which the landscape can become a site of unease, a place where ideas of nationhood and what it means to be British are played out as diverse social groups inhabit and shape shared public spaces. My images for Action/2015 are my attempt to explore ideas of race equality in Britain and question how our often paradoxical attitude to immigration is played out.

You can see the works of all 10 photographs, and read more about the project, in The Guardian. 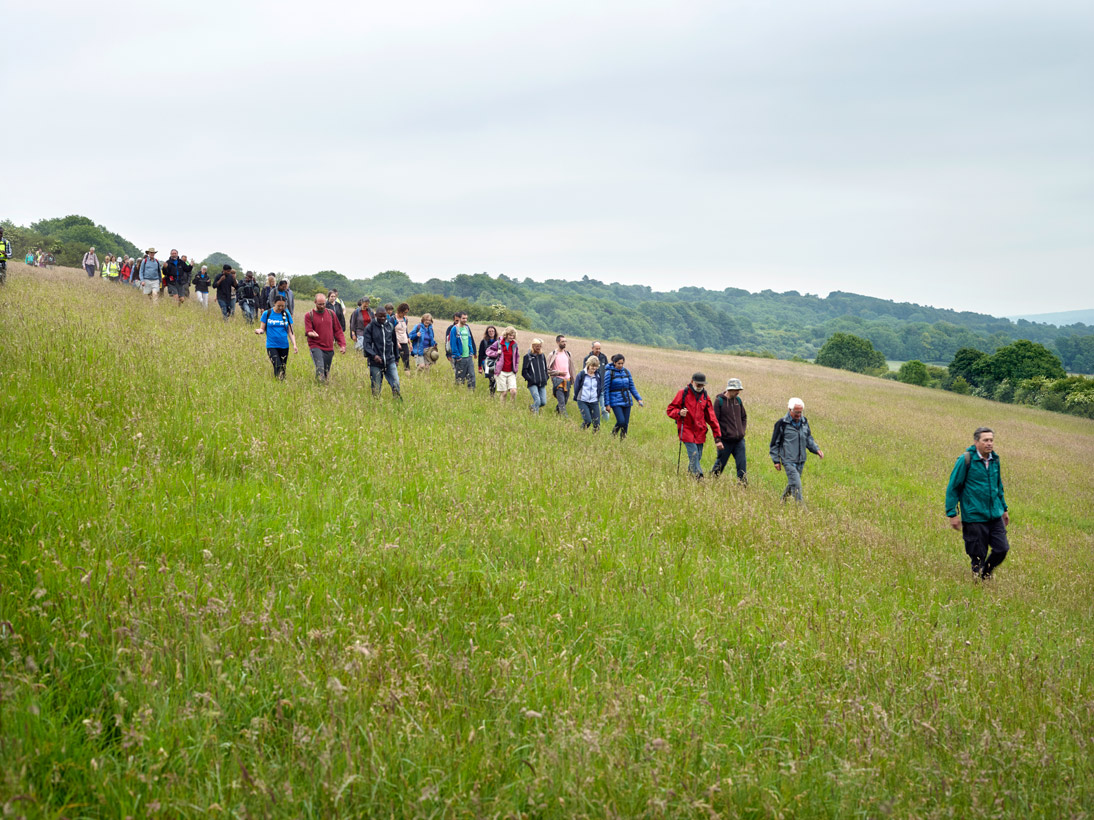 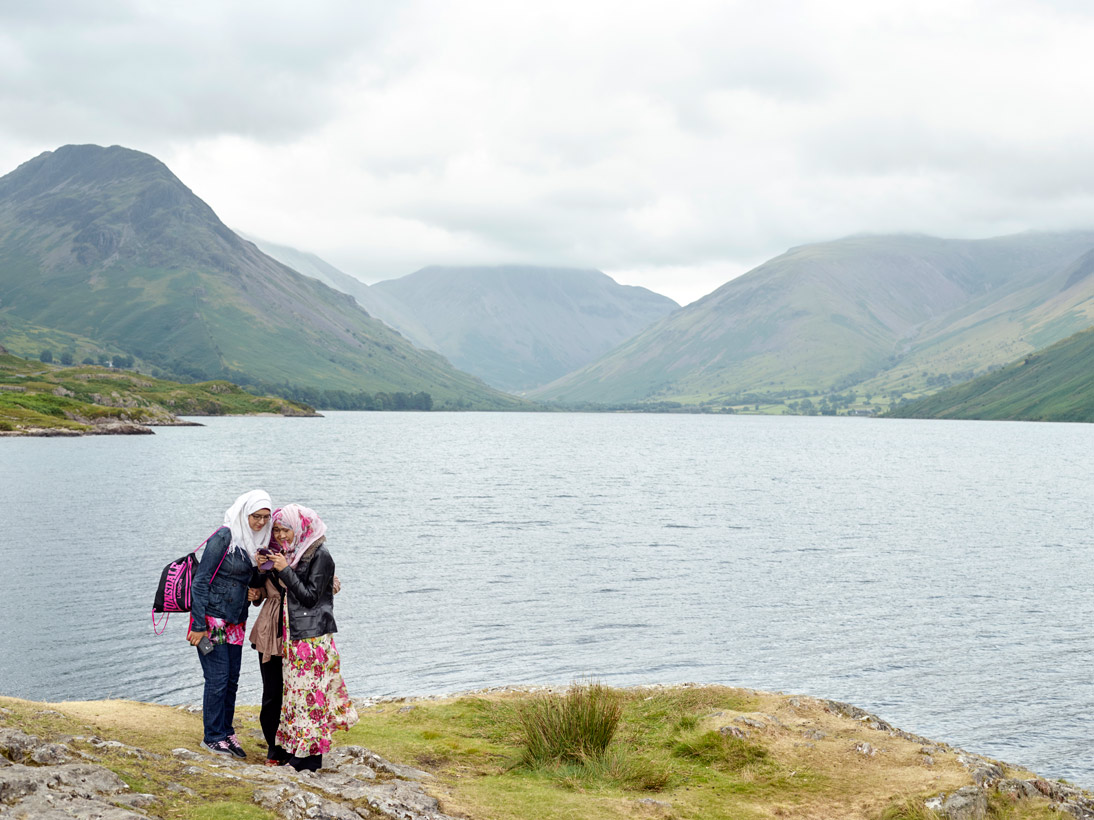 Image above: Wastwater, Wasdale, Cumbria, England, July 2014.
Teenage girls, on holiday from their home in Slough, have turned away from the sublime view to gather around the screen of a mobile phone.