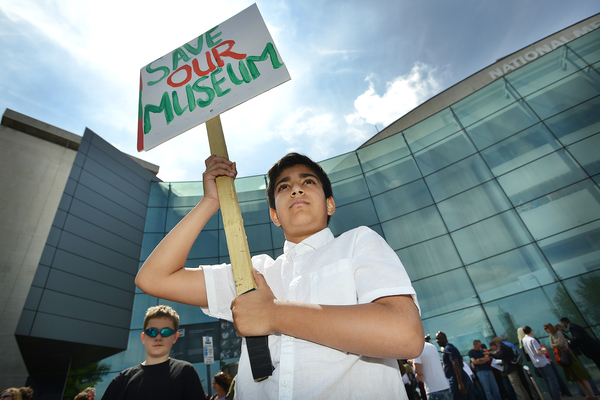 Save the National Media Museum in Bradford

Dear Chancellor, please consider the impact of the comprehensive spending review on 26th June 2013 on the National Media Museum in Bradford. Further government cuts to the Science Museum Group’s annual funding will most likely result in the closure of the National Media Museum. This loss will be a devastating blow to the City of Bradford and a tragic outcome on an international scale.

Why is this important?

Ian Blatchford, Director of the Science Museum Group has stated that a further 10% cut in funding in the next round of government spending proposals meant “almost certainly” one museum would shut. Out of the four Museums the National Media Museum in Bradford has the least visitors annually and is the most at risk to closure.

Read an article by Alexandra Jones ‘I found my inspiration in Bradford, but future students might not be so lucky’ on the Guardian: http://www.guardian.co.uk/commentisfree/2013/jun/07/bradford-national-media-museum

Revealing interview with Ian Blatchford on Radio 4’s The World at One: http://audioboo.fm/boos/1433319-science-museum-director-ian-blatchford-on-the-world-at-one-bbc-radio-4