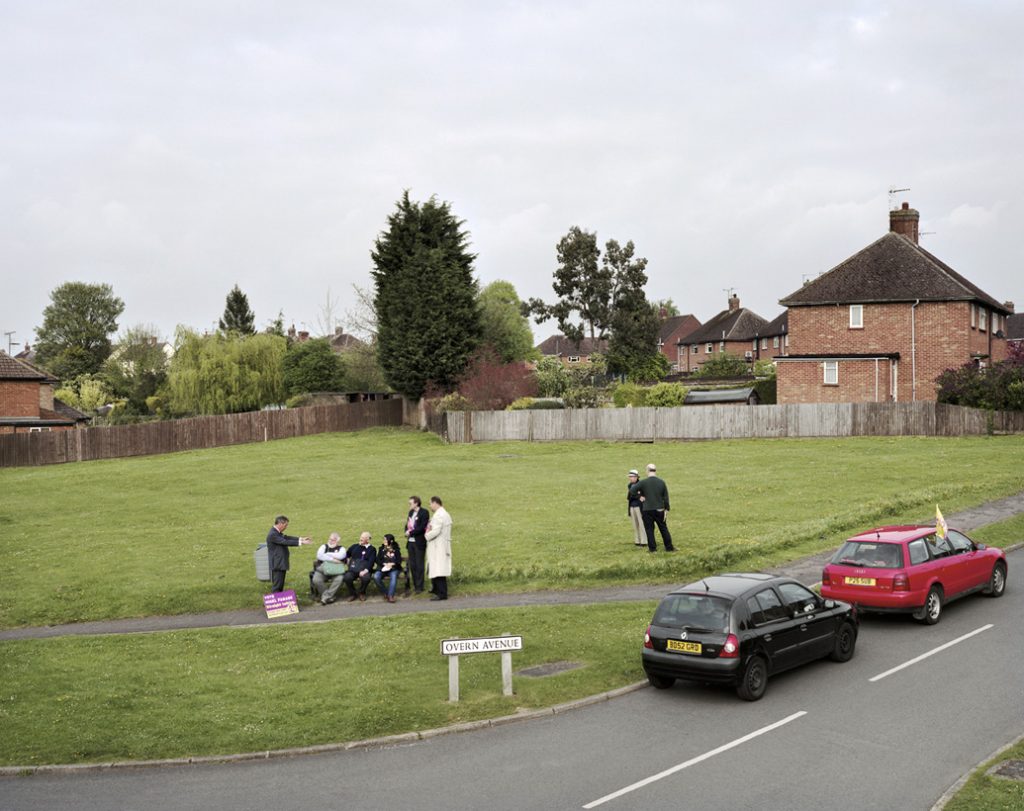 After UKIP’s surge in the polls in the Eastleigh byelection this week, Andrew Rawnsley writes in today’s Observer “Nigel Farage is the ebullient face on a rackety gang which attracts some very strange characters and is riddled with faction-fighting. Its policy prospectus would be torn to shreds if anything like it was ever offered by any of the main parties. Ukip’s literature in Eastleigh promised tax cuts for “everyone” and more spending on everything from the restoration of student grants to more generous pensions to more prisons. It must be the only party to be led by people who still believe in Santa Claus.”

My Election Project series can currently be seen on the wall at Flowers Gallery in London.