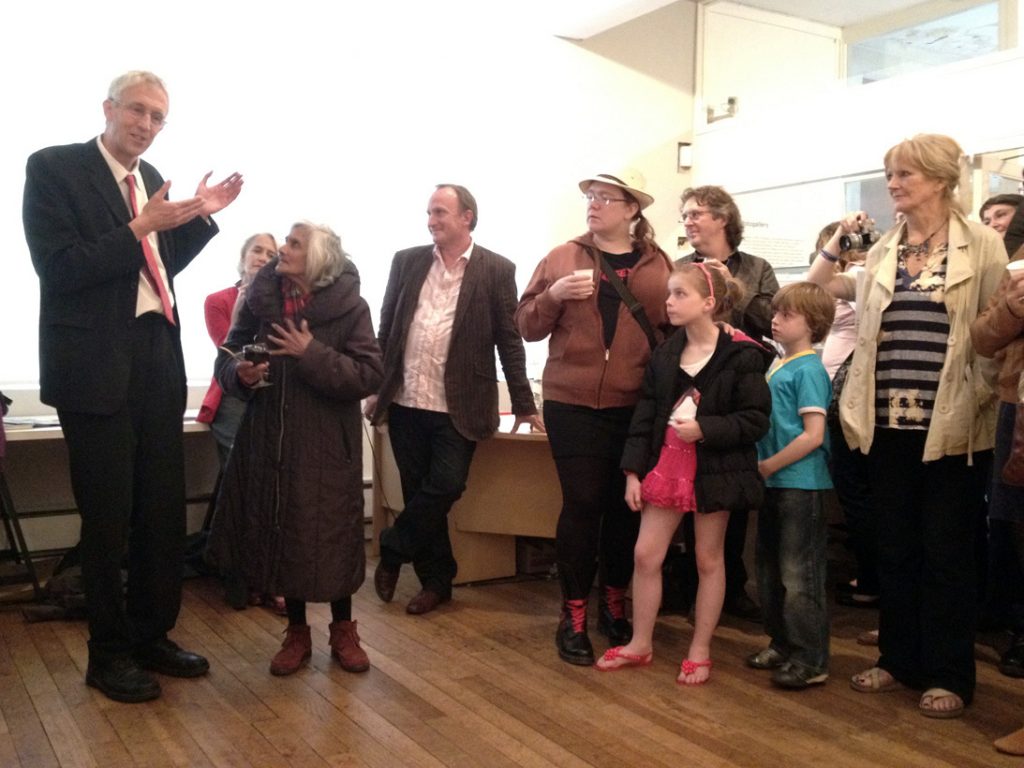 I had the great pleasure of attending the opening of Daniel Meadows’ show Early Photographic Works at Ffotogallery last night. It was also his retirement party from Cardiff University where he taught digital storytelling. A photographic form he has very much pioneered over the past decade.

The photograph above shows him discussing one of the characters in his most well known digital stories, that of Florence Alma Snoad (seen stood next to Daniel and below in 1973 when she was photographed for Daniel’s Free Photographic Omnibus project). You can watch Daniel’s film about Florence here. And here are a couple of photographs from his Ffotogallery exhibition, which is on show until 8 September.